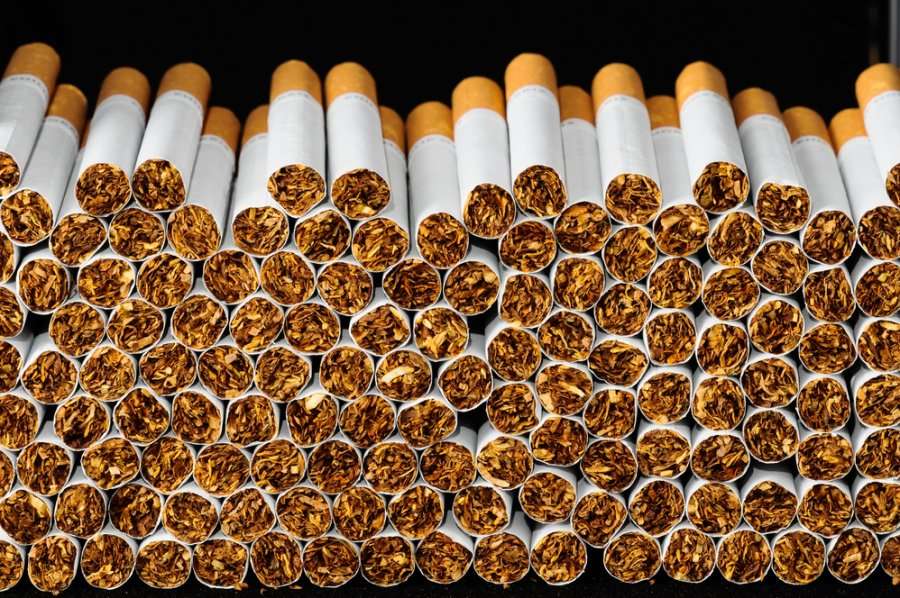 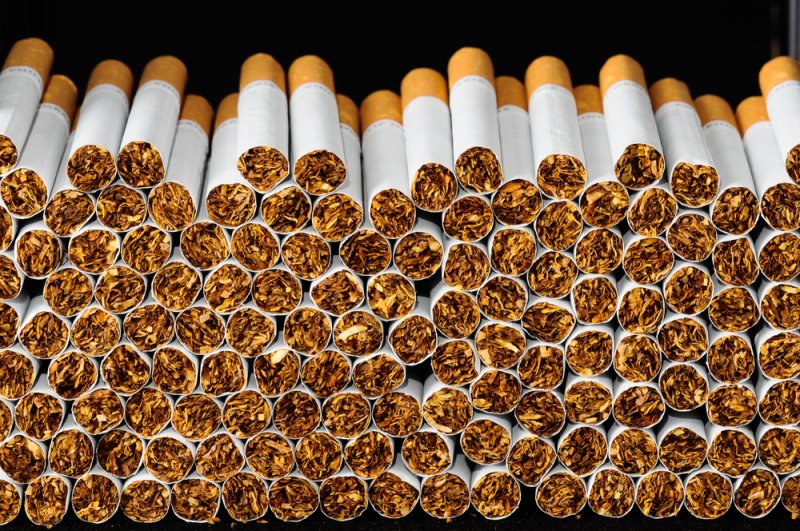 An expected policy would lower nicotine in cigarettes to minimally or nonaddictive levels. Photo by underworld/Shutterstock

A new rule that would require tobacco companies to slash nicotine levels in cigarettes could be issued Tuesday by the Biden administration.

The rule, which would have an unprecedented effect in lowering smoking-related deaths, would be unveiled as part of a compilation of planned federal regulatory actions released twice a year, an individual with knowledge of the rule who spoke on the condition of anonymity told the Washington Post.

The policy, which would lower nicotine in cigarettes to minimally or nonaddictive levels, would dovetail nicely with a major goal of the White House — to cut cancer deaths. As part of the retooled cancer moonshot announced in February, President Joe Biden promised to cut cancer death rates by 50 percent over the next quarter century.

About 480,000 Americans die of smoking-related causes each year, and tobacco use remains the top cause of preventable death in the United States.

Announcing the new rule would just be the first step in a lengthy process, the Post reported. It could take at least a year for the U.S. Food and Drug Administration, which regulates tobacco products, to actually issue a proposed rule. After that, the FDA would have to sift through public comments before issuing a final rule.

Any opposition could delay or derail the effort — especially if the regulation was not completed before Biden left office. The tobacco industry, which is sure to fight the new measure, could also legally challenge any final regulation.

The Trump administration’s first FDA commissioner, Dr. Scott Gottlieb, once said he wanted to lower nicotine levels as part of a broader tobacco policy, and the agency took a first step in 2018 by publishing an information-gathering notice. But the idea was shelved after Gottlieb left the administration in spring 2019, the Post reported.

“There’s a long arc to major policymaking, and the Biden administration’s commitment to advance that effort will mean it gets done,” Gottlieb told the Post.

Mitch Zeller, who recently retired as director of the FDA’s Center for Tobacco Products, acknowledged it could take years for such a rule to take effect.

“The most important, game-changing policies take a long time, but it is worth the wait because, at the end of the day, the only cigarettes that will be available won’t be capable of addicting future generations of kids,” Zeller told the Post.

Pat Folan directs the Northwell Center for Tobacco Control in Lake Success, NY. She believes that “this measure will have its most significant impact on young people trying cigarettes for the first time. With less nicotine, teens may not become addicted so quickly.”

On the other hand, the move to lower nicotine levels could backfire among older smokers, Folan said. They may simply up their intake by consuming more cigarettes per day.

Matthew Myers, president of the Campaign for Tobacco-Free Kids, told the Post that cutting nicotine levels “would produce the greatest drop in cancer rates and make the biggest difference” of any public health measure under discussion.

Nicotine, a chemical that occurs naturally in the tobacco plant, does not cause cancer. But its highly addictive properties make it hard for people to quit using cigarettes, whose smoke contains harmful ingredients that can cause lung cancer and heart disease.

Reynolds American, one of the nation’s biggest tobacco companies, did not respond immediately to requests for comment, the Post said. Altria said it would comment after the administration formally announces any nicotine-reduction plans.

An FDA-funded study, published in 2018 in the New England Journal of Medicine, found that lowering nicotine levels in cigarettes could save more than 8 million lives by the end of the century.

Visit the U.S. Centers for Disease Control and Prevention for more on smoking.