Binge drinking can have lasting consequences even for moderate drinkers 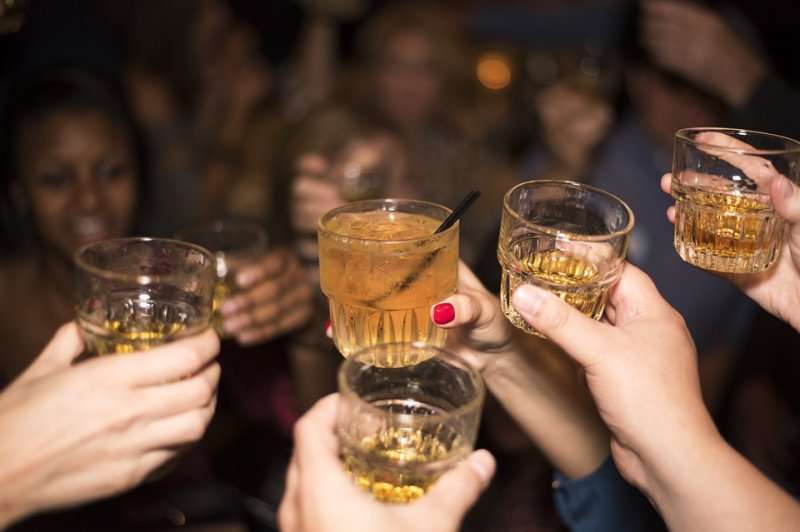 Researchers found that among people who typically drank at moderate levels, those who sometimes binged were at increased risk of alcohol-related problems, both in recent times and nine years later. Photo by kaicho20/Pixabay

Many may consider an episode of binge drinking — defined as five or more drinks on one occasion — as just being harmless fun. But a new study suggests that even moderate drinkers who indulge in binge drinking can suffer lasting consequences.

Researchers found that among people who typically drank at moderate levels, those who sometimes binged were at increased risk of alcohol-related problems, both in recent times and nine years later.

Alcohol problems included having irresistible urges to drink; needing to drink more and more to get the same effect; emotional or psychological symptoms related to alcohol, and drinking despite it causing issues at work, school or home.

In the study, moderate drinkers who said they’d binged in the past month were almost five times more likely to report multiple alcohol problems, versus other moderate drinkers. Nine years later, they still had double the risk.

In fact, moderate drinkers accounted for most instances of binge drinking, and most of the alcohol problems, reported in the study, said Holahan, a professor of psychology at the University of Texas at Austin.

A researcher not involved in the study said it shows that the official definition of “moderate” drinking misses a key part of the story: drinking patterns.

“The guidelines on moderate consumption are not sufficient,” said Katherine Keyes, a professor at Columbia University Mailman School of Public Health.

Under those guides, moderate drinking means averaging no more than one drink a day for women, and no more than two a day for men. But those are averages, and there is a difference between moderate drinkers who regularly have a glass of wine or beer with dinner and those who sometimes go on a binge, Keyes said.

A key distinction, she said, is that people in the latter group get drunk. They may then build up a tolerance to alcohol and need to drink more to gain the same effects.

Plus, people who binge and those who have that daily glass of wine often differ in their motivations for drinking. For example, Keyes said, alcohol use disorders and depression often coexist, and “reinforce” each other.

“Some people use alcohol to self-medicate, and unfortunately, that can lead to worsening symptoms,” she said.

The findings are published in the American Journal of Preventive Medicine. They’re based on survey responses from more than 1,200 Americans age 30 and up.

At the outset, the vast majority — about 1,100 — fit the definition of moderate drinker. Another 122 were heavy drinkers. About 21% of the whole study group said they’d binged at least once in the past month. That included just over 16% of moderate drinkers.

When it came to alcohol problems, 7% of all moderate drinkers reported multiple issues at the outset; that grew to almost 12% when they were surveyed again nine years later.

But not all moderate drinkers were alike: Those who binged were almost five times more likely to report alcohol-related problems at the study’s start; nine years later, their odds were still twice as high, versus other moderate drinkers.

“Binge-drinking patterns are problematic,” Keyes said. “The alcohol industry likes to push the image of drinking being part of a carefree lifestyle. But drinking is not consequence-free.”

Unfortunately, Holahan added, those problematic patterns are not likely to be detected at a routine doctor’s appointment.

Keyes said there is a growing recognition that unhealthy drinking habits, and the problems they cause, need to be addressed beyond the college years. But, she said, doctors still need better training in how to screen for problem drinking — that is, ask the right questions — and offer help to patients who need it.

In some cases, Keyes noted, people with drinking problems can be helped by “motivational interviewing” — where a healthcare provider and patient talk about why a change is needed, and how to do it.

“People should be aware that there are outpatient treatments available,” Keyes said. “If you feel you’re drinking too much, talk to your healthcare provider.”

The U.S. National Institute on Alcohol Abuse and Alcoholism has more on alcohol and health.