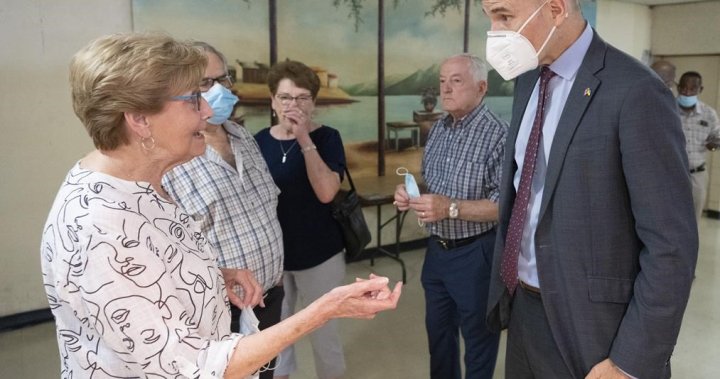 Duclos made the announcement today at AIDS 2022, the 24th International AIDS Conference, in Montreal.

The federal government says $8 million will fund the distribution of self-testing kits, adding that the other $9.9 million will go toward expanding HIV testing in northern, remote, or isolated communities.

Ottawa estimates that 63,000 people are living with HIV in Canada and that one in 10 remains undiagnosed.

A coalition of Canadian HIV and AIDS organizations has been calling on the federal government to increase funding from around $73 million a year to $100 million a year.

It says the number of people living with HIV in Canada has risen by 25 per cent since 2008.

3:07
Specialty hospital for people living with, at risk of HIV

Specialty hospital for people living with, at risk of HIV – Jul 5, 2022