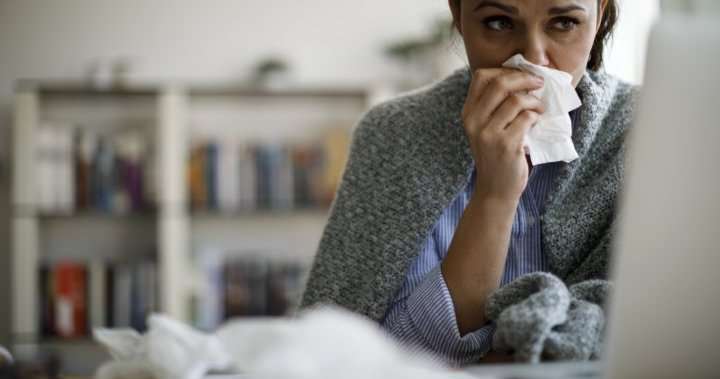 Half of the COVID-19 patients discharged from a Chinese hospital in early 2020 still have at least one symptom two years later, a new study shows.

Overall, regardless of initial disease severity, the 2,469 COVID-19 survivors in the study had improvements in physical and mental health over time.

Nearly 90 per cent of those who were employed returned to their jobs within two years.

But the survivors had a “remarkably” lower health status than the general population at two years, and their burden of symptoms from after-effects “remained fairly high,” the researchers reported on Wednesday in The Lancet Respiratory Diseases.

At two years, 55 per cent still had at least one COVID-19 after-effect, according to the report.

Fatigue or muscle weakness were the most frequently reported symptoms during the study.

Patients who had required mechanical ventilation for critical illness still had high rates of lung impairments at two years.

“Our findings indicate that for a certain proportion of hospitalized COVID-19 survivors, while they may have cleared the initial infection, more than two years is needed to recover fully from COVID-19,” the researchers said.

‘He tried to keep up’: Taylor Hawkins was ‘exhausted’ by Foo Fighters’ schedule, friends say