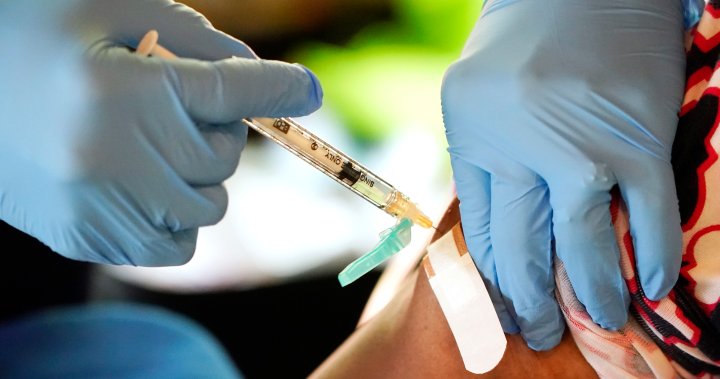 People at high risk of severe disease who have yet to get a second COVID-19 booster should not wait for next-generation, Omicron-targeted vaccines expected in the fall, five vaccine experts told Reuters.

In many countries, including the United States, the BA.5 Omicron subvariant of the virus is surging, but current vaccines continue to offer protection against hospitalization for severe disease and death.

And, as the virus evolves, it is not known what version will be widely circulating in the fall or whether new vaccines – expected to target BA.4/5 in the United States and BA.1 in Europe – will be a good match.

“If you need a booster, get it now,” said Dr. John Moore, a professor of microbiology and immunology at Weill Cornell Medical College, who co-wrote an editorial on the subject currently under review.

In the United States, regulators have asked Pfizer Inc. with partner BioNTech and Moderna Inc. to develop vaccine boosters that target both the BA.4 and BA.5 Omicron cousins, as well as the original virus. They are expected to be ready by October.

Regulators in Europe, meanwhile, have signaled that they would be willing to use whichever Omicron-based booster is available to Europe soonest, which may well be the one aimed at the BA.1 variant that drove last winter’s record surge in infections.

U.S. regulators are hoping an updated vaccine that targets the original strain and an Omicron variant will offer broader protection against future variants, and believe a booster that is closest to the circulating version is valuable.

Given the current surge and people’s waning immunity, experts told Reuters the best booster for those at risk is the one at hand.

Only about 30 per cent of people 50 and older who are eligible for a fourth vaccine dose have received one, and fewer than 10 per cent of those aged 50-64, according to the U.S. Centers for Disease Control and Prevention. For those under age 50 or with no major risk factors, a fourth dose has not been approved and there is little support for it among scientific experts.

0:27
Two-thirds of Canadians would take COVID-19 booster without hesitation: poll

Moore said the evidence he has seen, including at a June U.S. Food and Drug Administration meeting and since, all suggest that the benefit of a BA.4/5 booster compared to the original vaccine is “negligible” in terms of preventing infection.

“The public should not regard these Omicron-based boosters as some kind of magic bullet that’s going to change the face of the pandemic and solve all their problems. It will have a marginal impact compared to the booster we currently have,” he said.

‘TOO MANY PEOPLE ARE WAITING’

Dr. Eric Topol, a genomics expert and director of the Scripps Research Translational Institute in La Jolla, California, said getting a second booster offers a survival benefit over just one booster that has been documented in five different studies.

“Too many people are waiting when we have really good proof,” he said.

Dr. Bob Wachter, chief of medicine at the University of California, San Francisco, said the evidence is increasingly clear that the longer a person has gone since their last booster, the less protection they have against infection and severe disease.

“There’s a ton of COVID around, and it’s a very infectious agent,” he said.

BA.5 has driven a wave of new cases globally, and now makes up nearly 82 per cent of all U.S. coronavirus infections.

Wachter is not convinced retooled BA.4/5 vaccines will be ready to roll out in two months. “It seems a bit ambitious to me, and even if they hit the timeline, it will probably go to the highest-risk groups first,” he said. “I think it’s probably three or four months away for the average person.”

Pfizer told Reuters it has a few million shots of a BA.4/5 vaccine manufactured.

As for the newly authorized Novavax Inc. vaccine, the company has yet to seek approval for its use as a booster.

Moore, who participated in the Novavax clinical trial, said while it is an excellent vaccine, the company’s boosters are unlikely to be available soon. Novavax has said it is developing a BA.4/5 booster and is aiming to have it ready by the fourth quarter.

“Whatever is in the pipeline is months away,” Topol said. “This is a more virulent, more pathogenic version of the virus and being protected as best you can is smart.”