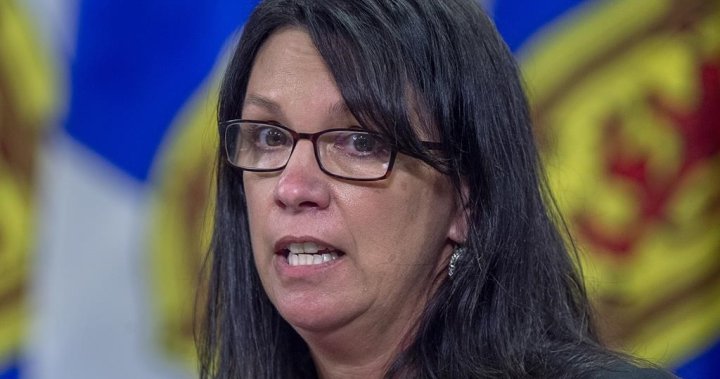 Nova Scotia’s health minister confirmed in the legislature on Wednesday that the first “couple” of cases of monkeypox had been identified in that province.

Michelle Thompson said during question period that a couple of cases of monkeypox had been identified and were “contained.” She added that monkeypox vaccinations have been offered to some close contacts.

“There is in no way an outbreak of any kind, all of the contacts have been traced very readily and public health is on top of that,” Thompson said.

Case in Newfoundland and Labrador

A day later, Newfoundland and Labrador reported its first probable case of monkeypox.

Dr. Rosann Seviour, Newfoundland and Labrador’s acting chief medical officer of health, gave few details about the case or in what area of the province the person involved likely contracted the disease, citing concerns about stigmatization.

“Some of our concerns about this is about stigmatization of certain groups and I think when you come from a smaller region it makes people more identifiable, something we don’t want to have happen,” Seviour said.

On Wednesday, Canada’s chief public health officer, Dr. Theresa Tam, said 745 cases of monkeypox had been confirmed in Canada. The vast majority of the cases have been among men who have sex with men.

Seviour said a probable case is defined as a person with an unexplained acute rash or with lesions and who has been exposed to the virus. She said contract tracing is underway and close contacts of the probable case are being offered the Imvamune vaccine.

The province is the sixth in Canada to identify a case, she said.

Symptoms of monkeypox include skin lesions in the mouth and genital area, fever, night sweats, headache, swollen lymph nodes, and joint or muscle pain. The virus is spread through prolonged close contact and can be transmitted through skin lesions, respiratory droplets, and by sharing clothing, bedding or other common items that have come into contact with an infected person’s sores.

Quebec has reported 346 cases of the disease since the start of the outbreak, the highest number in Canada.

Seviour said it was only a matter of time before Newfoundland and Labrador detected its first case.

“I wasn’t really surprised that we got a case because of the activities all across the world, international travel and how mobile people are,” she said.

She said that while the current vaccine stockpile in the country isn’t large, she didn’t think she would have problems procuring enough to treat people.

“I have no doubt that should we need vaccine next week that I would be able to get it in the quantities that we would need to start our campaign,” Seviour said.

In New Brunswick, there are currently no confirmed or probably cases of monkeypox.

Dr. Yves Leger, the deputy chief medical officer of health, told Global News there is a “very small supply of vaccine that’s been provided to us by the federal government.”

He said each province has received an allocation based on population size and they plan to use the vaccine in line with guidance from the National Advisory Committee on Immunization.

“We would basically reserve it for management of any case and contacts that would occur here in New Brunswick,” he said.

— with files from Global News