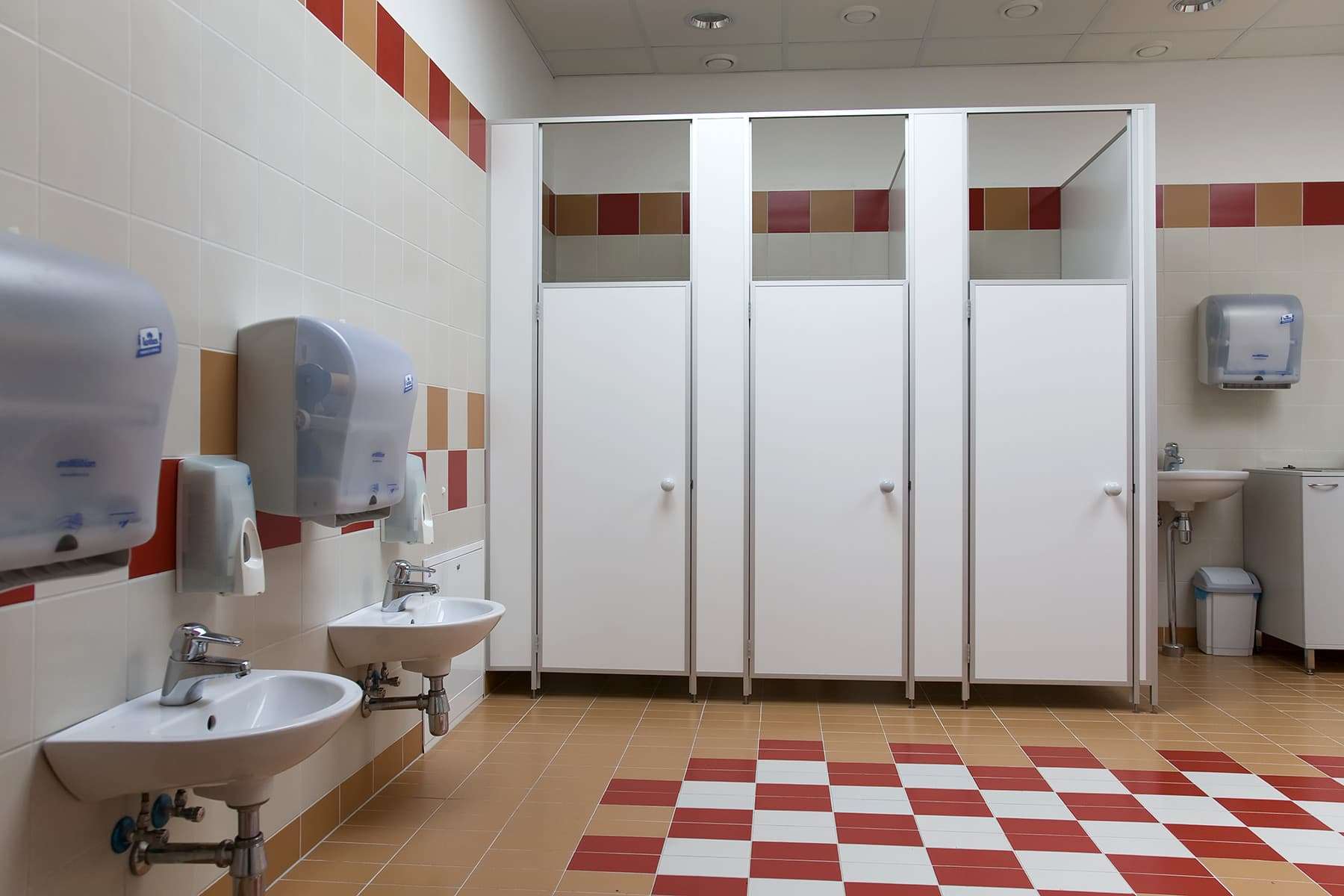 For transgender kids, the simple act of finding and using a restroom has been complicated by adult politics, particularly at schools. More than 100 anti-trans bills passed this year in the U.S., with many focused on children and students.

Most recently, Oklahoma’s governor signed into law a bill that forces all public school students to use the bathroom that matches the sex on a student’s birth certificate. Sex is a medical determination assigned at birth based on genitalia and chromosomes. Gender is a person’s own internal sense of who they are. The law went into effect immediately, forcing children, parents and school administrators to grapple with private body decisions publicly.

Bathroom bans – a colloquial term for the rules and laws that restrict which bathrooms transgender kids are allowed to use – get a lot of attention. But the reasons why kids should be able to choose where they pee don’t often get explored.

Medically, it’s important for kids of all genders to be able to make their own decisions about bathrooms, says psychologist Diane Ehrensaft, PhD, the mental health director for the Child and Adolescent Gender Center at the University of California at San Francisco. Denying kids access to bathrooms that match their gender identity endangers their health, safety and well-being, and leads to negative health outcomes, according to the American Medical Association. Bathroom bans also heighten stigma and discrimination.

Urinary tract infections (UTIs) and clinical depression are real possibilities, Ehrensaft explains. Transgender kids are already at high risk for bullying and discrimination, which lead to higher rates of depression and anxiety and more suicide attempts. In a conversation with WebMD, Ehrensaft discusses why it matters where kids pee.

When are kids first exposed to gendered bathrooms?

A number of parents I work with are very anxious about how to confront gendered bathrooms with their trans kids. Those are the kids who sometimes get urinary tract infections (UTIs) as early as 6 because they don’t go all day.

How do kids develop the idea that going to the bathroom is private?

Parents might say, “When the bathroom door is closed, you have to wait until somebody comes out,” or “When you go to the bathroom, you close the door.” Both are messages about privacy. But they take some time to sink in.

Little kids in preschool never close the door, for example. They like to watch each other. Little kids with penises love to pee against walls. They get a lot of pleasure from publicly peeing. Little kids with vaginas may feel jealous that they can’t make that trajectory.

It’s fascinating for little kids to see what comes out of their body.

I also want to add that some trans kids may seek out privacy really early.

How do parents prepare their trans kids for gendered bathrooms?

It’s often a problem-solving approach. We might sit down with the family and say, “When you go to your new school, there’s going to be a boys’ bathroom and a girls’ bathroom. So how should we think about it? And what do we want to do about it?”

That’s more effective than saying, “You have to use the bathroom that matches your designated sex at birth.”

I’ll give you an example of a trans boy in third grade. He used the boys’ bathroom. He had a little bit of anxiety about someone seeing through the cracks in the stall or peeking underneath the door. That never happened. What did happen, though, is he had a really good group of friends who were often in the bathroom at the same time he was. And they said to him, “Boy, you sure do poop a lot.”

He felt quite fine with them thinking that. But in some ways, it means you have to camouflage.

And then here’s the opposite story. This is a trans girl I’m working with. She was 5 when this happened. She goes to a very progressive school in San Francisco. She’s a girl, she looks like a girl, but she uses the boys’ bathroom because she likes to pee standing up and there are no urinals in the girls’ bathroom. So of course, a little boy walked in and said, “What are you doing here?” And she said, “Well, I have a penis, so I use a urinal,” and walked out.

Parents need to talk to the schools, too. A lot of schools say, “We’ll just offer that student the nurse’s bathroom.” Well, you might as well put a target on your back if you’re the only kid going to the nurse’s bathroom. If schools want to do that, we’ll say, “Make the nurse’s bathroom available to anybody who wants to use it.” Lots of kids don’t feel comfortable in shared spaces and maybe you’ll get a rush on the private bathroom.

I was an expert witness in a court case with a teenager in Florida. He was a trans boy, and the school insisted that he use a single-stall bathroom. It was way across campus, and the only way to get there and back was to be late for class. This was not a good solution. He won a lawsuit to be able to use the boys’ bathroom.

We have to prepare our kids for this because if we don’t, we have kids who hold it in all day and don’t drink any liquids as their solution. And we know medically that’s not safe.

What are the consequences of not being able to use the bathroom?

These are the risks we’ve talked about: harm to your body in the form of urinary tract infections (UTIs) from holding in your pee all day, harm to your psyche in the form of anxiety, depression, and other mental health effects of rejection rather than acceptance. Every time you can’t use that bathroom, you’re at risk. You’re putting a child at risk for all of those things.

Having accidents, too. Imagine that on top of everything else you’re having an accident and you’re not an infant or a toddler. You just can’t hold it in anymore.

Also, kids can’t concentrate if their bladder is full. I don’t know if you’ve ever had that experience, but when my bladder is really full, I’m not going to be able to do a math problem.

What changes around bathrooms and gender when kids start puberty?

What changes most specifically is adults’ attitudes towards kids once they’re not little kids. Once kids themselves are thinking about sexuality, adults start getting anxious about it.

Middle school, where puberty usually starts, is not a happy time in our culture. People say, “Those were the worst years of my life.” That’s because everybody’s looking to be accepted, and a lot of mean girl stuff happens. So bathrooms can be fraught, and there can be a particular ire from adults if they think that their children are going to see genitalia in the bathroom.

We know from the data that bullying in schools is typically based more on gender presentation, which creates a hostile environment for trans kids.

Let’s imagine a trans boy in middle school. He has socially transitioned and looks like any other boy. He stands in front of the two bathrooms. Where should he go? Hopefully he’ll go into the boys’ bathroom. If he goes into the girls’ bathroom, somebody is going to say, “What are you doing in here? You’re a boy.”

But a lot of kids get stuck right in the middle. They don’t see a good option. Physically and psychologically, they have a frozen moment, which becomes, “I think I’ll just keep it in.”

Or they face potential harassment, particularly if they go into the bathroom that matches their gender and other people don’t see it that way. Trans kids are much more likely to be harassed than their cisgender peers.

All people want to do when they go to the bathroom is pee and poop. They’re there for bodily function. And as every human being needs to go, so do trans kids.

Some kids have a stronger sense of self – you could say stronger gender resilience – in high school.

Other kids don’t have that. Maybe they haven’t been accepted, or they’ve been bullied. For those kids, bathrooms can be an awful experience because the bullying gets worse and it gets more physical.

I work with many high school students worried about violence or about being outed. They are so anxious. Sometimes this anxiety leads them to avoid the bathroom for the entire school day. Or they skip out of school. They find somewhere else to go.

My parents live in a small town in Texas, and they encounter people who say, “What is this thing about bathrooms? I just don’t get it. What’s the big deal? Why can’t this kid with a vulva just use the girls’ bathroom?”

I ask mothers, “Look in the mirror. Who do you see? And how would you feel walking into a men’s bathroom?” I ask fathers, “Suppose you had to use the women’s bathroom. What would that be like for you?” I try to help a person think about the bathroom they use and how horrifying it would be to go into the other.

That’s a problem for the adults who say, “These kids are not really boys. This is just a performance or a disease, so I’m not going to in any way validate that by saying they could use the boys’ bathroom. It’s ridiculous, they’re girls.” Those are the harder group, and sometimes they’re not mature. And those are the ones who are also usually afraid of harassment. But for a lot of grandparents, aunts, or uncles, it’s a learning curve.

We talk about a gender spectrum. I think there’s an acceptance spectrum.

Editor’s note: This interview has been edited for length and clarity.