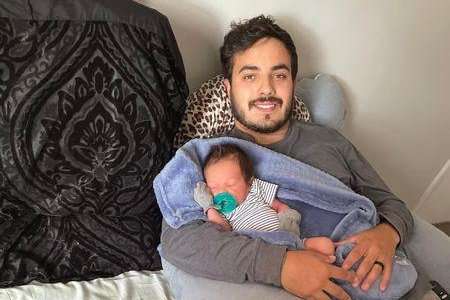 June 13 (UPI) — Lane Fernandez, who appeared alongside ex-girlfriend Malorie Beaver on MTV’s Teen Mom: Young and Pregnant, has died. He was 28.

Fernandez’s death was confirmed by his wife, Kylee, in a Facebook post Monday. The couple welcomed their first child together, Nolyn, three weeks ago.

The cause of death is currently unknown.

“I’m so lost without you babe,” Fernandez’s wife wrote on social media. “I love you to the moon and back and I know you’re watching out for us. I will forever miss you. It’s always been you.

“Nolyn, Emerson, and I love you so much and you were an amazing father, dog dad, and husband. You’ll forever be my rock, and my best friend. I miss you more than anything baby.”

Fernandez also shares a young daughter, Emerson, with Beaver. The efforts of Fernandez and Beaver to co-parent their little girl played out during the second and third seasons of Teen Mom: Young and Pregnant in 2020 and 2021.

In the wake of Fernandez’s death, Beaver offered her condolences on social media. She shared an old video of Fernandez with baby Emerson, who is now three years old, on her Instagram story, captioning the post: “RIP.”

Dallas Cowboys running back Marion Barber III rushes for 6 yards in the third quarter against the Buffalo Bills at Ralph Wilson Stadium in Buffalo, N.Y., on October 8, 2007. He died June 1 at age 38. Photo by Jerome Davis/UPI | License Photo