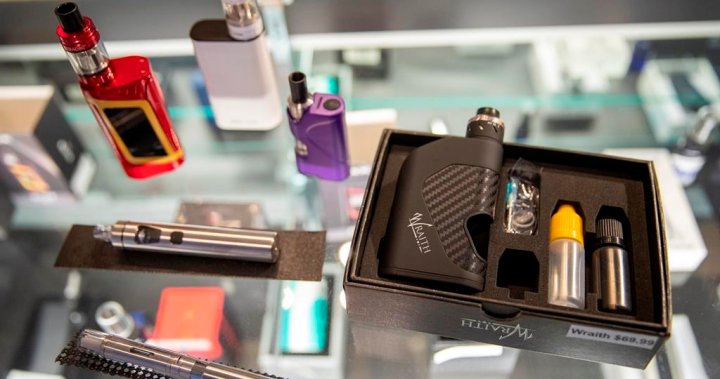 Canada’s federal government has proposed to continue its crackdown on vaping by introducing regulations that could force vape product manufacturers to disclose information to Health Canada about sales and ingredients.

The proposed regulations mean vaping product manufacturers would have to disclose information to Health Canada about sales and ingredients used.

“A large number of vaping substances are available across the country and new formulations are frequently introduced with new flavours,” a press release on the disclosure proposal said Friday.

“Health Canada is restricted in its capacity to properly track market trends due to limited access to information on vaping products sales and composition.”

Although the proposal is the first step towards vaping product reporting requirements, additional requirements are also being considered by Health Canada, the government said in the Friday release.

This means the future of regulations could include reporting on information related to vaping research, development and promotional activity.

“As the vaping market continues to evolve rapidly and entice Canadians, including young people, to use vaping products, we are taking action to better protect everyone in Canada by more fully understanding the impact of these products on their health,” Minister Bennett said in the press release.

“The proposed regulations will help us educate Canadians about the health harms while furthering research aimed at reducing the amount of people impacted by harms related to tobacco and vaping product use across the country.”

According to a news release from earlier in June, members of the Canadian Vaping Association in Belleville, Ont., have voted to send a letter to Canada’s Health Minister, Jean-Yves Duclos, asking for “several” amendments to the country’s vaping regulations.

Vaping products manufactured, labelled, advertised, imported or sold in Canada are subject to the Tobacco and Vaping Products Act, the Canada Consumer Product Safety Act, the Food and Drug Act, the Non-smokers’ Health Act and the Cannabis Act, should the product contain weed.

“Federally, Canada has among the most stringent regulations globally which have been reinforced by the provinces through a host of provincial Acts designed to protect young people and non-smokers,” said Darryl Tempest, government relations counsel to the Canadian Vaping Association board.

The proposal comes on the heels of the federal government push to print warnings on individual cigarettes, cigars that have a filter, and cigarette tubes.

If implemented, Canada would be the first country in the world to introduce such a mandate.