Is COVID-19 testing needed at airports? Experts are divided | Globalnews.ca 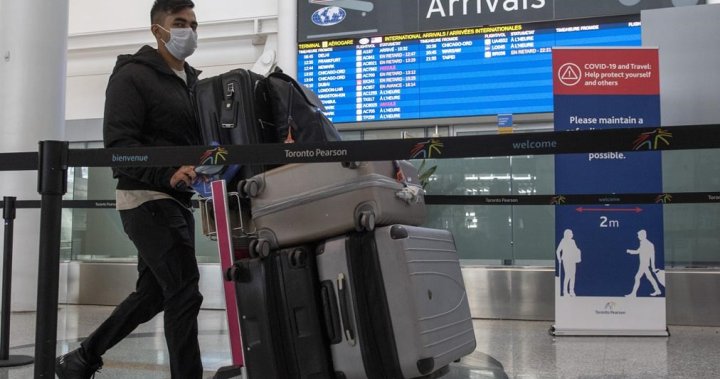 Infectious disease experts are at odds over how valuable it is to randomly test travellers arriving in Canada for COVID-19, as the federal government relaunched its mandatory testing program.

The government put a pause on random testing at airports in June as long customs delays caused chaos at Canada’s airports, but relaunched the program on Tuesday at four major airports: Toronto, Calgary, Vancouver and Montreal.

Randomly selected air travellers at those airports must now report to off-site locations to be tested for COVID-19 or pick up a self-swab kit.

Dr. Theresa Tam, the chief public health officer, has called the tests an “early warning system” for new variants of COVID-19 as they enter Canada.

The government has issued several contracts worth hundreds of millions of dollars to companies across the country to administer the program.

Infectious disease physician Dr. Zain Chagla says there are more efficient ways to watch for variants that don’t inconvenience travellers and don’t contribute to airport delays, such as testing the wastewater at the airport.