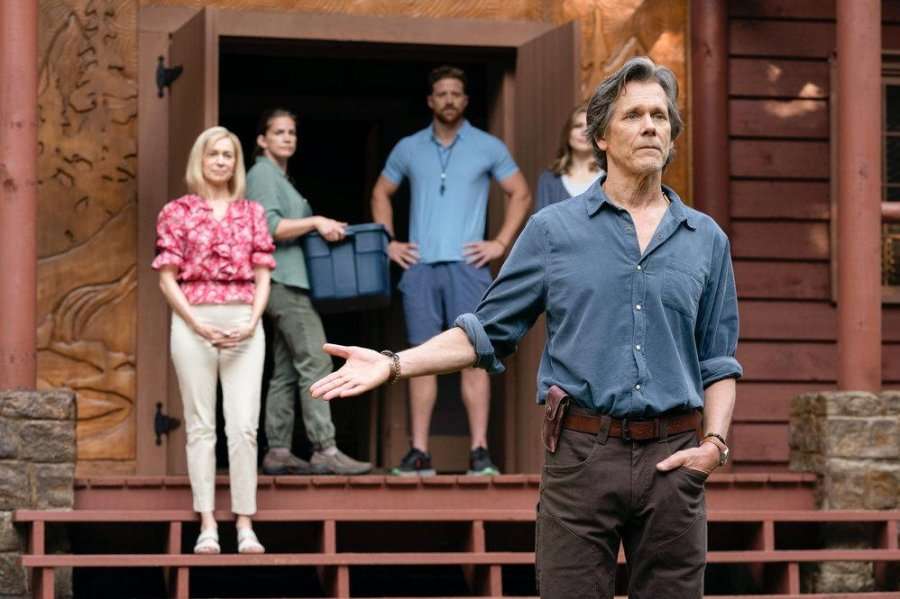 LOS ANGELES, July 24 (UPI) — They/Them, on Peacock Aug. 5, may be groundbreaking for addressing conversion camps in a mainstream movie. However, by combining that subject with a slasher movie, writer/director John Logan may have tried to cram too much into one movie.

Owen Whistler (Kevin Bacon) runs the Whistler Camp for LGBTQ teens. It’s a conversion camp, but he welcomes the recruits with an insidious message of false inclusivity.

Whistler claims to accept them for who they are, but puts it on them to want to find happiness. That idea of happiness just happens to be conforming to heteronormative binaries.

As an expose on conversion camps, They/Them demonstrates the heartbreaking ways in which non-acceptance chips away at people. Each character has a unique story about the ultimatum their parents gave them.

Jordan (Theo Germaine) is trans nonbinary and already forced to choose the boys’ or girls’ cabin at the camp. Alexandra (Quei Tann) is forced to live in the boys’ cabin because she has not fully transitioned yet.

Kim (Anna Lore) is the only camper there voluntarily. She genuinely wants to be straight so her family will accept her, and Lore conveys the desperation to deny her true self for conditional love.

They/Them also shows how LGBTQ kids can support each other when there is no adult support in sight. Some of the campers find each other through being forced into this situation.

They rebel against Owen by trading clothes so they still don’t fit his gender binary. That resistance and resilience start to crack Whistler’s veneer.

Then Owen uses animal cruelty for psychological torture on the kids. Was Logan worried viewers wouldn’t know Owen was the villain unless he abused a dog too?

It feels cheap and gratuitous to throw in animal abuse. The conversion camp itself is evil enough with its horrific aversion therapy and microaggressions against Jordan’s pronouns and everyone else’s orientation.,

Amid all this, there is a masked killer roaming around the camp. Applying the slasher movie tropes to conversion camp has potential, but Logan seems to muddle the message.

Sex = death has always been the equation in the Friday the 13th movies, and it’s even cited as a rule in Scream. That sex has always been heterosexual before, so it raises interesting questions about how same-sex love scenes could alter that equation, but never fully explores the possibility.

The reveal of the killer is at best anticlimactic. At worst, it could be construed as counterproductive to the message that the camp is the real horror, not the masked slasher.

The young cast is great, showing each of their characters as human beings who deserve love and acceptance. But, if they don’t get it from society they can make their own.

Along with Bacon, the adult cast effectively shows what forces LGBTQ youth could be up against. Carrie Preston plays a counselor who manipulatively tries to convince her vulnerable patients that they can choose their orientation.

Hayley Griffith plays a counselor who stokes confusion by teasing Kim seductively. Anna Chlumsky plays a nurse who’s trying to do good in this environment but finds herself in over her head.

As an out gay filmmaker, Logan may have something sincere to say both about ant-LGBTQ tactics and the slasher movie genre. Unfortunately, combining them ends up sabotaging both sides of the story.