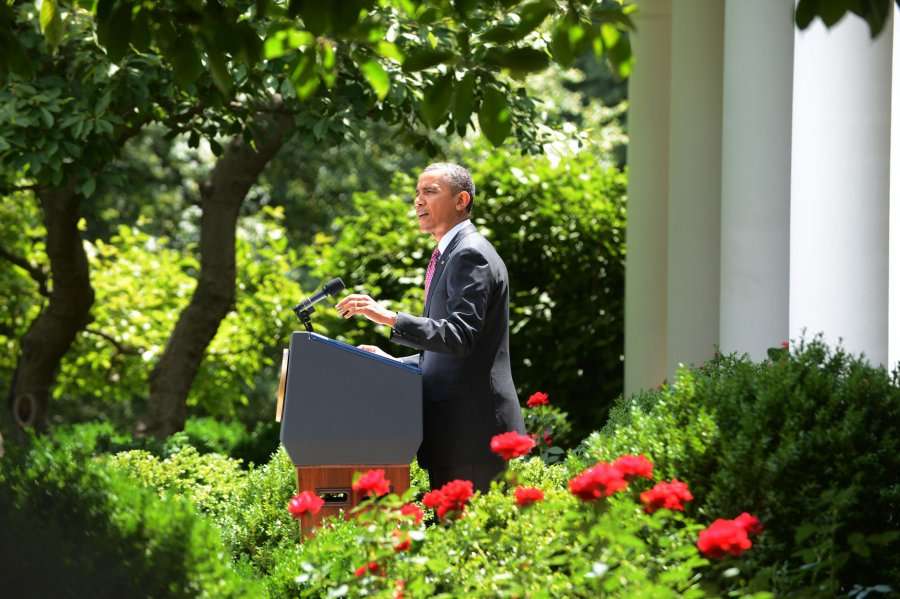 U.S. President Barack Obama announces that the administration will stop deporting most young illegal immigrants who came to the United States as children during a Rose Garden event at the White House in Washington, D.C., on June 15, 2012. File Photo by Pat Benic/UPI | License Photo

On this date in history:

In 1752, Benjamin Franklin, in a dangerous experiment, demonstrated the relationship between lightning and electricity by flying a kite during a storm in Philadelphia. An iron key suspended from the kite string attracted a lightning bolt.

In 1785, two Frenchmen attempting to cross the English Channel in a hot-air balloon were killed when their balloon caught fire and crashed. It was the first fatal aviation accident.

In 1846, the U.S.-Canadian border was established.

In 1877, Henry Ossian Flipper, born a slave in Thomasville, Ga., became the first Black cadet to graduate from West Point. The U.S. Army later court martialed and dismissed him, but President Bill Clinton posthumously pardoned him in 1999.

In 1934, the Great Smoky Mountains National park was established on a tract of land straddling North Carolina and Tennessee. President Franklin D. Roosevelt dedicated the park on Sept. 2, 1940.

In 1944, U.S. forces invaded the Japanese-occupied Mariana Islands in World War II. By day’s end, a beachhead had been established on the island of Saipan.

In 1987, Richard Norton of Philadelphia and Calin Rosetti of West Germany completed the first polar circumnavigation of Earth in a single-engine propeller aircraft, landing in Paris after a 38,000-mile flight.

In 2007, a Mississippi jury convicted a reputed Ku Klux Klansman, James Ford Seale, in the abductions and killings of two black teenagers 43 years earlier. Seale was sentenced to life in prison and died in 2011.

In 2012, an executive order by President Barack Obama would allow hundreds of thousands of undocumented immigrants who came to the United States as children to legally seek work permits and obtain documents such as driver’s licenses. The program was called the Deferred Action for Childhood Arrivals, or DACA.

In 2019, a Babe Ruth jersey during his time with the New York Yankees became the most expensive piece of sports memorabilia to sell at auction at $5.64 million.

In 2020, the U.S. Supreme Court ruled that federal civil rights law protects LGBTQ workers from being fired based on their sexual or gender orientation.