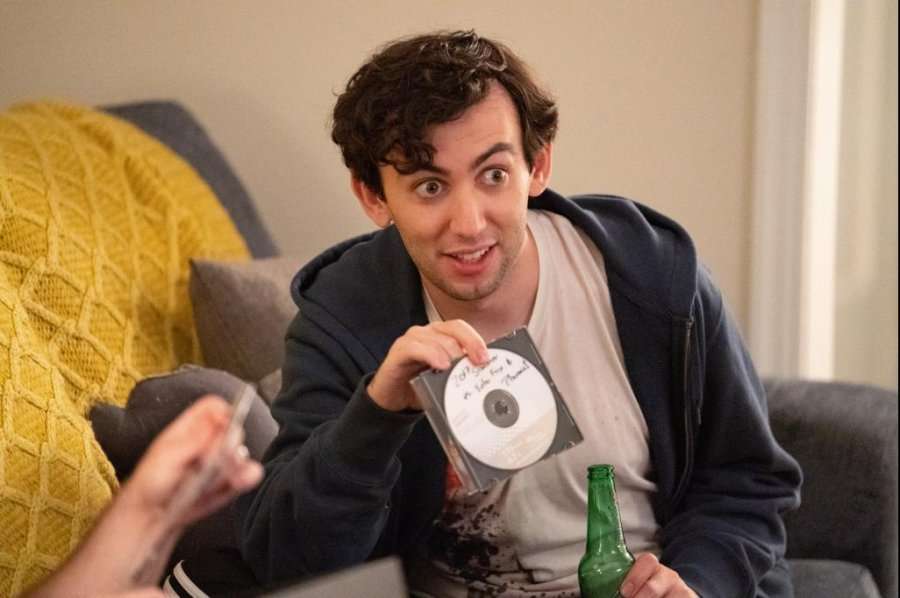 LOS ANGELES, June 15 (UPI) — The cast and creators of the video game comedy Players, premiering Thursday on Paramount+, said they were inspired by real sports documentaries.

Players is a fictional show that uses a documentary format. American Vandal creators Dan Perrault and Tony Yacenda came up with the idea.

“It doesn’t matter what the sport is as much as it matters that you’re invested in the characters,” Perault told UPI in a Zoom interview.

The League of Legends World Championship is a real Esports competition. Yacenda and Perrault invented a team of characters for Players.

Creamcheese (Misha Brooks) has been the leader of the League of Legends video game team Fugitive since 2015. In 2021, Fugitive recruits 17-year-old Organizm (Da’Jour Jones).

“He has a drive almost like Michael Jordan and Kobe Bryant,” said Jones, 19.

“You’ve got the nagging question creeping in: Are my best days actually behind me and I’ve yet to win a championship?” Brooks said.

Using the sports documentary format, Players combines scripted scenes with improvisational interviews. When casting the roles, Yacenda and Perault tested Brooks and Jones’s ability to think on their feet during auditions.

Brooks said stamina was the key factor in recording Creamcheese’s interviews, as they would sometimes talk for 40 minutes at a time.

Jones studied improv for three years at the School of Improv in Philadelphia and performed standup comedy, so he said he also felt prepared.

Jones was 18 when he filmed Players and only graduated high school June 3. Jones said he felt he could just be himself while playing Organizm.

“There’s basically no difference between me and him,” Jones said.

In addition to sports documentaries, the creators of Players also looked at the narrative drama The Queen’s Gambit as an example of depicting a complicated game like chess for viewers who may not know the rules.

Players does not need to explain the video game in depth to tell the story of Creamcheese and Organizm, Yacenda said.

Brooks said Creamcheese represents an inner conflict of being a team leader with an ego who wants to be the star.

“There’s a nice tension and interesting dynamic between both being the leader of the team and having this kind of bravado, this oversized confidence,” Brooks said.

League of Legends publisher Riot Games is a producer on Players. The opponents Fugitive faces are real League teams with the authentic uniforms from Riot.

Yacenda said Riot would also fact check their scripts. For example, Riot pointed out that Yacenda and Perrault had written a playable character in a 2016 scene that had not been introduced until later.

“We leaned on them to raise a flag if something didn’t ring true,” Perrault said. “Then we had people from the League community who were in the writers room on set every stage of the process to make sure we stayed within the general lanes of reality.”

Even though the sport on Players is a video game, Brooks still sustained an injury. He broke his hand filming a scene in which Creamcheese punches the wall, and the actual take is on the show.

“There was a pad on the wall for the stunt, but I just hit it and immediately broke my hand,” Brooks said. ” I think I just hit it at a bad angle — maybe punched too hard. It was pretty embarrassing.”

Jones has been acting since he was 5, and Brooks estimated his first credit came at age 5 or 6. Brooks grew up in San Francisco, where he performed at Berkeley Rep and San Francisco Youth Theater.

Jones lives in Delaware and has also performed on stage at the University of Pennsylvania and Wilmington Drama League. Jones has been posting YouTube videos on his channel, DatheComic, since he was 5.

Before Players, Jones was on two episodes of That Damn Michael Che. After Players, Jones said, he would like to play a lead role in a film ,and his dream role would be the comic book character Static Shock.

Brooks graduated from New York University, where he studied acting, in 2018. His first credit was an episode of The Marvelous Mrs. Maisel.

Yacenda said Jones and Brooks so embodied Organizm and Creamcheese in their Zoom auditions that the writers adapted the scripts to suit their personalities.

“We just really want to divorce ourselves from thinking about previous credits and just look at the work,” Yacenda said. “This is our favorite version of this character.”

Though Netflix canceled American Vandal, Yacenda and Perrault said they have an idea for a third crime that a third season could address.

“We hope to be able to tell that someday,” Perrault said. “Yeah, we have a crime in mind.”

All 10 episodes of Players premiere on Paramount+ on Thursday.