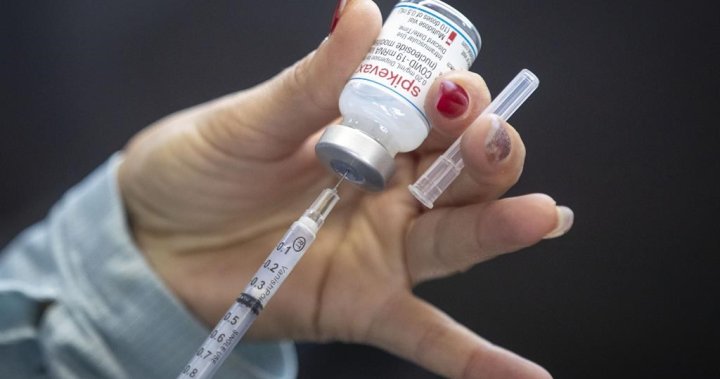 COVID-19 indicators in Quebec showed signs of trending downward on Monday, as the government extended its vaccination campaign to children six months to five years old.

Quebec’s test-positivity rate is also dropping. Health officials reported 1,224 new infections detected through PCR testing, and they said 13.3 per cent of tests conducted Sunday came back positive _ the rate was 15.8 per cent one week ago. As well, Monday’s number of new cases was lower than the seven-day average: 1,815.

Quebec public health director Dr. Luc Boileau said last week that kids would be offered a dose about a quarter of the size of that given to adults. Quebec received more than 70,000 doses of Moderna’s COVID-19 vaccine last week, he added.

Boileau said the government had not set an objective for vaccinating the roughly 400,000 children under five. He said most kids _ except those who are immunocompromised _ would not need more than two doses of vaccine