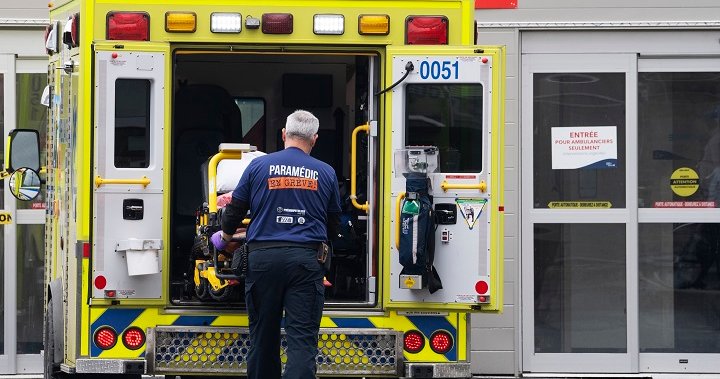 Health authorities today are reporting 18 more deaths attributed to the novel coronavirus, bringing the total to 16,010.

Hospitalizations linked to the disease fell by 10, to 2,136, after 171 people were admitted and 181 were discharged.

The number of people in intensive care remained stable at 67.

Quebec reported its first COVID-19 death in March 2020, shortly after the World Health Organization declared the virus a pandemic.

Provincial data suggests that the overwhelming majority of deaths have occurred among seniors over the age of 70 and that nearly 69 per cent of deaths have involved people 80 or older.