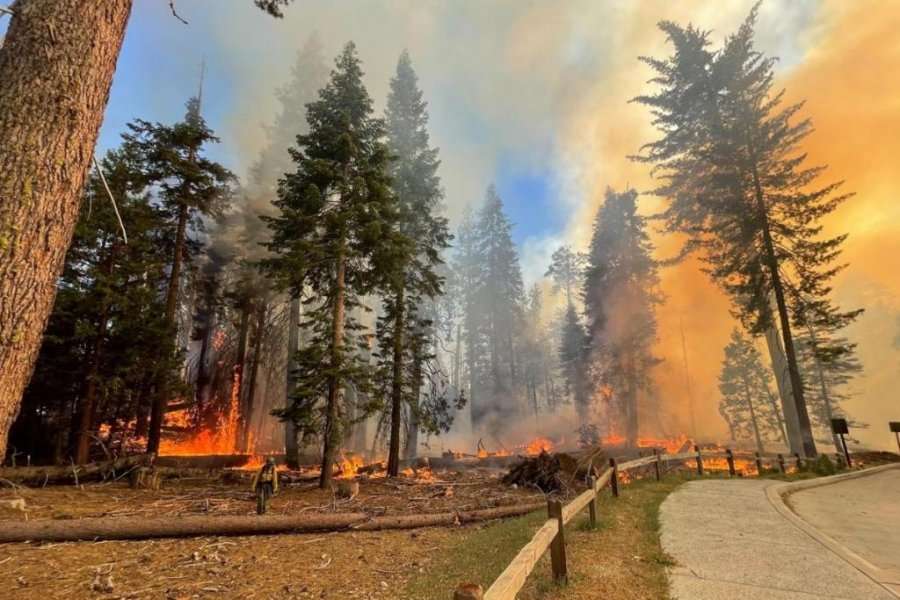 Smoke and fire was visible in the lower Mariposa Grove area, near the Washburn Trail on July 7 The wildfire is now 79% contained. Photo courtesy of Yosemite Fire and Aviation/Facebook

The federal InciWeb emergency website said the blaze was 79% contained as of Friday morning after it involved 4,856 acres. More than 1,330 firefighters have been involved in battling the blaze.

“The fire continues to burn slowly in thick unburned fuels on the northeast and eastern edge of the fire,” InciWeb said in a statement. “Firefighters continue to make solid gains of containment with the handline along the South Fork of the Merced River working east with the Inyo Hotshots using pump systems out of the river to assist them.”

Fire officials said spot fires had been greatly reduced. The fire line around Mount Raymond continued to hold and conditions had greatly improved.

“Crews continue to mop-up and patrol along Wawona Road as well as around Mariposa Grove,” InciWeb said. “Crews are now beginning to backhaul the hose they laid in the initial stages of the Washburn Fire as the fire begins to move into suppression-repair status in certain sections.”

Officials said temperatures on Friday were expected to reach in the high 80s to 90s with humidity in the upper teens to mid-20s. They said expected light winds would likely push smoke west.

Because of the progress, authorities have opened up the Wawona community to residents, property owners and National Park Service workers. Other affected areas of the park remained closed.