Reports of monkeypox in semen prompts WHO investigation – National | Globalnews.ca 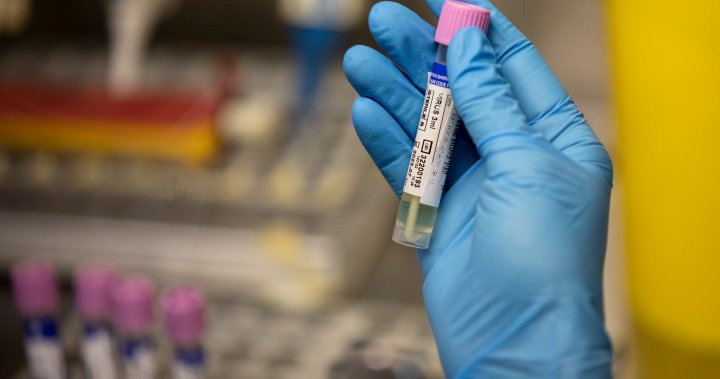 The World Health Organization (WHO) is looking into reports that the monkeypox virus is present in the semen of patients, exploring the possibility that the disease could be sexually transmitted, a WHO official said on Wednesday.

However, the agency reiterated that virus is mainly transmitted via close interpersonal contact. Many of the monkeypox cases confirmed in the current outbreak largely centered in Europe are among sexual partners who have had such close contact.

In recent days, scientists have detected viral DNA in the semen of a handful of monkeypox patients in Italy and Germany, including a lab-tested sample that suggested the virus found in the semen of a single patient was capable of infecting another person and replicating.

Does monkeypox represent a global health emergency? WHO to decide

The detection of viral DNA does not necessarily imply that monkeypox is a sexually transmitted disease, such as HIV/AIDS or syphilis, which are understood to be caused by pathogens that pass from one person to the next specifically in semen, vaginal secretions or other bodily fluids.

Viral DNA from a range of different viruses, including the Zika virus, has been found in semen, but it is unclear whether the presence of genetic material increases the risk of sexual transmission.

1:07
Monkeypox is not a sexually-transmitted infection, WHO says

Monkeypox is not a sexually-transmitted infection, WHO says – May 23, 2022

It is not known whether recent reports mean that the monkeypox virus can be sexually transmitted, Catherine Smallwood, monkeypox incident manager at WHO/Europe, said in a press briefing.

“This may have been something that we were unaware of in this disease before,” she said.

“We really need to focus on the most frequent mode of transmission and we clearly see that to be associated with skin to skin contact.”

Monkeypox could spread through sexual contact, but it’s not an STI: WHO adviser

The outbreak has triggered concern since the virus is rarely seen outside of Africa, where it is endemic, and the majority of cases are not related to travel to the continent.

Scientists are trying to understand what is driving the current outbreak, its origins and whether anything about the virus has changed.