‘She couldn’t take the pain’: N.B. couple get turned away at several ERs | Globalnews.ca 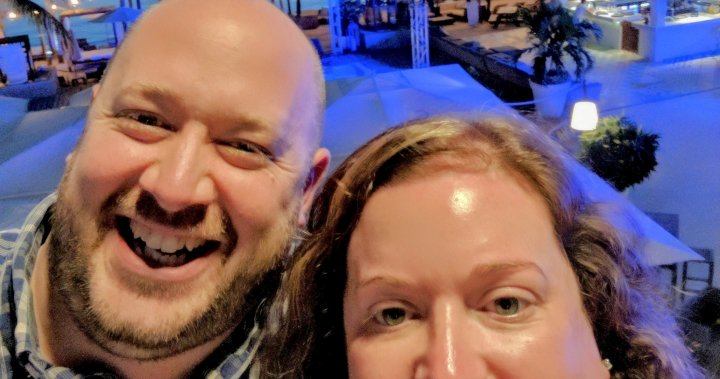 The first stop was St. Joseph’s Hospital but when they got there at around 7 p.m. on July 17, staff said there was no room for them and the Saint John Regional Hospital ER was facing the same capacity issue.

“She couldn’t take the pain any further,” he said in an interview on Monday.

“That’s when we kind of had to face a really critical moment, because when you’re told to come back at 9 a.m., your health doesn’t wait for that.”

The Sussex ER, which is about 45 minutes away from Saint John, was closed for the night around 5:30 p.m. due to staffing shortages.

“We made the decision to go to the pharmacist first,” he said.

Lanigan said the pharmacist was able to provide some advice and some Tylenol with codeine and Advil but the root cause of the pain still lingered and worried the couple.

“We made the decision then to drive to Fredericton,” he said, about an hour away from Saint John.

The two were headed for the Dr. Everett Chalmers Regional Hospital because the Oromocto Hospital’s emergency department, which would have been a bit closer, was also closed as of 4 p.m. due to staffing shortages.

Lanigan tried numerous times to call the emergency department unsuccessfully, before reaching them and being told it was accepting patients.

When they arrived, the waiting room was full and they were told it would be 10 to 12 hours before they could be seen. Lanigan was also unable to sit in the ER with his wife due to COVID-19 protocols.

He said that experience alone was difficult, trusting his wife, who was in pain and in need of help would be able to keep him updated while he sat helpless in the front seat of his car in a dark parking lot.

“We were in Fredericton for three hours and had yet to be triaged,” he said. “There were still five people ahead of my wife to be triaged.”

He said his wife told him a doctor had come out and was taking vitals of those in the waiting room, something Lanigan found comfort in, but the doctor advised it would be better for his wife if she went home and found as much comfort as possible and try to make an appointment with her family doctor the following day.

So that’s what they did.

“I don’t know what’s wrong with my wife and she doesn’t either,” he said. “I want to be attentive to my wife, I want to make sure that she’s still breathing.”

He said he felt scared to close his eyes for fear something might happen during the night, unaware of what was causing his wife’s pain.

“Then knowing if the situation gets worse, I still have no recourse,” he said. “What do I do? I don’t have an answer for that. That makes sleeping tough.”

This comes just one week after Horizon Health Network confirmed a patient had died in the Dr. Everett Chalmers ER waiting room.

It prompted Premier Blaine Higgs to fire president and CEO of Horizon Health Network Dr. John Dornan and shuffle out Dorothy Shephard from the health portfolio.

Higgs also wiped both boards, which are elected positions, from Vitalite and Horizon Health Networks. Two trustees have been put in place.

“@premierbhiggs my wife requires #UrgentCare *now* but both St. Joe’s + Reeg’s ER are over capacity,” he wrote in the tweet. “AND WON’T TAKE HER IN! What the eff do I do now?! Call an ambulance just to get in line? Drive to Fredericton’s ER?”

“Glad you fired everyone but how’s that helping us now?”

He said he took to social media because the government talked a lot about the new health plan, which was unveiled last November. It promised to improve the ongoing crisis facing the health-care system. Dorothy Shephard talked openly about its successes but many critics said the plan fell short of the biggest issue of all: recruitment and retention.

“We can see now that somehow that plan has failed,” he said. “We need to restart and start again.”

Lanigan said firing leadership seemed like an extreme reaction but believes the more hands on deck, the better.

“Clearly the boards that were on both health networks were elected and have an interest and at least some knowledge of the health-care system and those people can still be a value no matter what is necessary to make those changes.”

Global News has made requests for interviews with newly-appointed Minister of Health Bruce Fitch and is awaiting a response.

A request was also made to Horizon Health Network.