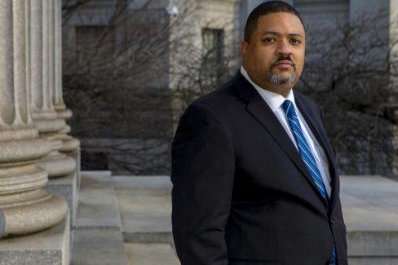 July 25 (UPI) — A sixth man, who was a co-defendant of the so-called Central Park Five convicted in the 1989 rape of a New York jogger, was exonerated Monday of a robbery conviction linked to the attack.

Steven Lopez‘s more than three decades-old conviction was overturned Monday, according to the Manhattan District Attorney’s office in response to requests by both Lopez’s attorney and prosecutors.

“Many have largely forgotten there were six,” Manhattan District Attorney Alvin Bragg said. “Today, Mr. Lopez joins the other five.”

Lopez was 15-years-old when he and five other teenagers were arrested in connection with the vicious beating and sexual assault of investment banker Trisha Meili, who testified she could not remember the attack.

Lopez took a deal and pleaded guilty to robbing a male jogger in Central Park the same night as the attack to avoid a rape charge, according to The New York Times. Lopez spent more than three years in prison.

The five men settled with New York City for $40 million for the time they served in prison: roughly $1 million for each year served. Lopez did not receive any settlement money, according to the New York Times.

Lopez, 48, wept openly in the courtroom Monday, but did not speak after he was exonerated. His attorney, Eric Renfroe, said Lopez just wants his privacy.

“I’m just really happy for Mr. Lopez today,” Renfroe said. “I couldn’t imagine having gone through this and I think he’s tremendously strong for having endured it.”