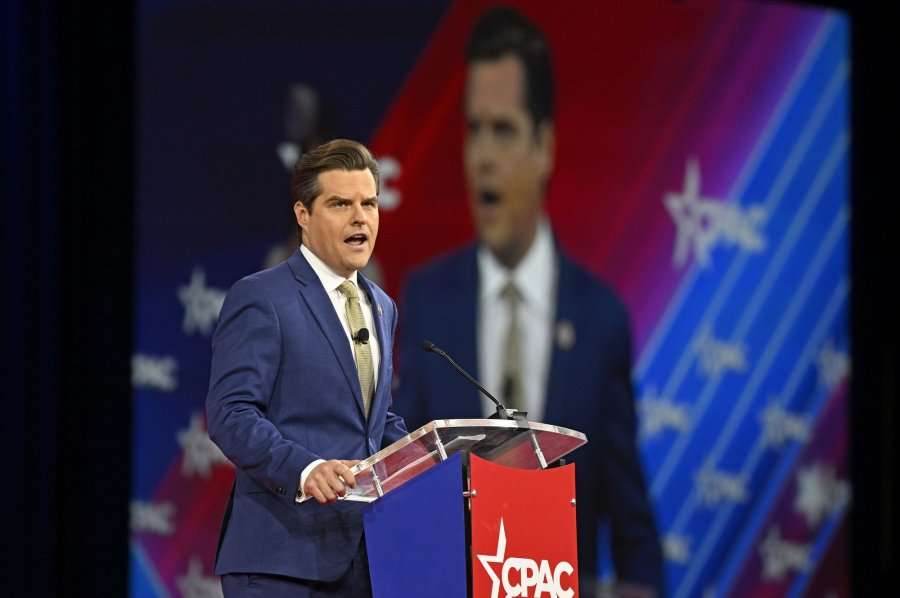 July 29 (UPI) — A 19-year-old reproductive rights activist from Texas has turned a Twitter war with Rep. Matt Gaetz, R-Fla., into a fundraising opportunity, taking in at least $1.5 million in donations, the organization Gen-Z for Change said Friday.

Olivia Julianna, a strategist for the group, unwittingly became the focus of the Gaetz’s ire this week after she — along with many others — took issue with comments he made about abortion rights activists.

Gaetz was criticized for insulting activists as “disgusting” and overweight at a political event last week.

“Its come to my attention that Matt Gaetz — alleged pedophile — has said that it’s always the ‘odious.. 5’2 350 pound’ women that ‘nobody wants to impregnate’ who rally for abortion. I’m actually 5’11. 6’4 in heels. I wear them so the small men like you are reminded of your place,” tweeted Olivia Julianna, who goes only by her first and middle name for privacy purposes.

Olivia Julianna wasn’t the only person who spoke out against Gaetz’s comments, but he followed up his comments by tweeting a photo of her alongside a retweet of an article about his remarks on Sunday.

A day later, Olivia Julianna and Gen-Z for Change launched an effort to raise money for abortion funds. By Friday, the organization said it had raised $1.5 million.

In a statement released Thursday, when the effort reached $1 million, Olivia Julianna said the milestone had left her “speechless.”

“Representative Gaetz’ comments were reprehensible, disgusting and outright despicable, but I am glad he directed his bigotry in my direction,” she said. “We have now turned hatred into healthcare, and people across the country will be able to get access to abortion services because of it.”

Olivia Julianna called on Gen-Z for Change’s supporters to elect and re-elect leaders who support reproductive rights this November.

“Every seat — from city council to U.S. Senate — will be crucial to protecting abortion access. We must vote like it will save lives. Because it has and it will.”