What’s in your underwear? A revolutionary period product gets tested 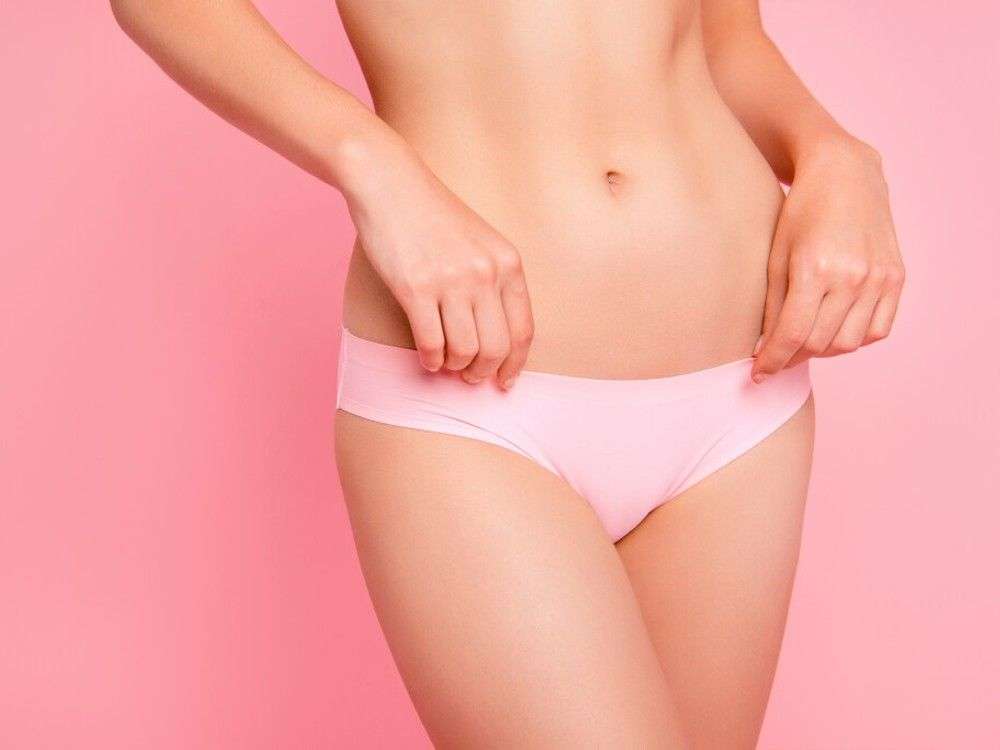 Women who want to manage their menstruation while being more environmentally friendly have made the switch from disposable tampons and pads to period underwear.

The market is now brimming with dozens of companies dedicated to creating absorbent panties having launched in the past 10 years. In 2017, the global period underwear market was valued at US$67.2 million, according to research company Transparency Market Research. By 2026, sales are expected to more than quadruple, reaching US$279.3 million.

Now even major retail giants like Aerie and Victoria’s Secret have added them to their product lines. Demand for period underwear is expected to grow even more in regions like Asia Pacific, where women don’t always have access to period products, Transparency Market Research said in its report.

As period underwear revolutionizes how women manage their periods, what may be in the underwear has been coming under the microscope.

Harmful manmade chemicals — per- and polyfluoroalkyl substances (PFAS) — have allegedly been found in the fabric of period underwear made by many companies. PFAS have been linked to health problems such as decreased fertility or increased high blood pressure in women, as well as an increased risk of some types of cancer, according to the United States Environmental Protection Agency. Exposure to PFAS can also reduce the immune system’s ability to fight infections and reduce vaccine response.

There are more than 9,000 kinds. They are mainly used for their water- and stain-repellant qualities — characteristics that seemingly make them useful for period underwear.

PFAS have been found in everyday items, like clothing, cosmetics, food packaging, even in foods like ground turkey and protein powder, and drinking water. Now a wave of lawsuits is hitting companies whose products and processes allegedly contain PFAS.

Last year, nonprofit organization Toxin Free USA filed a false advertising suit against CoverGirl Cosmetics and Coty Inc. “for environmental and product safety misrepresentations due to indicators of toxic PFAS chemicals found in their products,” according to the nonprofit. L’Oreal is also at the centre of a complaint filed in February in California for asserting its waterproof mascara was “safe” and not telling consumers that PFAS were allegedly present in “detectable amounts.” In March, another lawsuit was filed against L’Oreal in New York for allegedly misleading consumers.

Major chemical and manufacturing companies are also being sued for allegedly using PFAS in products, potentially facing US$30 billion in liabilities, Bloomberg reported, but they have denied many of the claims from the lawsuits. According to the media outlet, there have been over 6,400 PFAS-related lawsuits since 2005.

Toronto-based company Knix Wear Inc., which launched in 2013, is one of the top brands of Canadian period underwear. In July, global hygiene and health company Essity acquired 80 per cent of Knix.

A recent Knix campaign stars supermodel Ashley Graham, who is a mother of three and has more than 18 million Instagram followers. Graham’s audience, mainly teens and young women, are the types of customers Knix’s products appeal to. Knix also has a line for teens called KT by Knix.

The company says it is dedicated to consumer transparency, using real women instead of models in some of their advertising campaigns and aiming to reduce their environmental impact. “All Knix products are PFAS free” and they are “cleared for harmful substances,” Knix says on its website.

In April, Knix was named in a U.S. class action complaint for allegedly using PFAS, also called “forever chemicals” because they do not degrade in the environment. The claims made by two California residents, Gemma Rivera and Marisa Franz, and more than a hundred others, add up to US$5 million. They claim that Knix failed to disclose that its core product, leakproof underwear, contained PFAS, and that the company’s marketing and product labeling “is likely to deceive reasonable consumers.”

The law firm representing the plaintiffs in the suit against Knix has not responded to multiple requests for comment from the National Post.

Knix vigorously denies the claims, arguing its transparency and leadership position in the industry has made it a target for predatory suits, especially given the litigious atmosphere in the United States.

“Any suggestion that our products are somehow unsafe is wrong, which is why we have filed both a Motion to Dismiss the Amended Complaint and a Rule 11 Sanctions Motion against the lawyers who filed it. Rule 11 motions are rarely filed in U.S. litigation,” Knix said in a statement to the National Post. “However, in this situation, because the court filing is so factually baseless, we are asking the Court to not only dismiss the case but to also sanction the law firm that filed it.”

Knix addresses concerns about PFAS online, saying it started ongoing testing for fluorine in January 2020 that revealed its “Leakproof Underwear are Fluorine free.”

“We’ve been intentional about avoiding stain repellents and fabric treatments (these same repellents are often used on carpets or industrial machines— yikes!),” the website says.

“While the plaintiffs’ lawyers claim to represent the interests of consumers, the reality is that the lawsuit is unnecessarily causing confusion and panic about our products that are safe. The situation is very upsetting for a company that cares deeply about its customers,” Knix said in a statement. “This is an unfair attack on our brand integrity.”

The lawsuit filed against Knix cites an article in Mamavation, which tests and reviews health, beauty and food products for consumers. In July 2021, Mamavation published an article saying that one Knix product had “some of the highest levels” of all the period underwear tested by the site.

In a statement, Knix said its tests rely on “independent third-party experts and laboratories” who have “extensive experience testing textiles and apparel products to select the appropriate testing protocol and detection limits.” The tests, which are posted online by Knix, have a reporting limit of 50 ppm of fluorine. The company’s results state that fluorine is “not detected.”

“Mamavation does not provide the actual test results, and therefore we don’t have sufficient detail to properly comment on this specific result,” Knix said in a statement.

The case mirrors another class-action suit against American company Thinx, following an article in Sierra, a magazine run by environmental organization Sierra Club. The article claimed that Thinx underwear had high levels of fluorine. The suit, which is ongoing, stated that several styles of Thinx underwear contained multiple PFAS that are “a safety hazard to the female body” after running independent tests.

Aisle is another Canadian company in the period underwear industry. One of Aisle’s founders, Madeleine Shaw, had the idea to create her own reusable pads in 1993 after having an allergic reaction to tampons. With co-founder Suzanne Siemens, the pair began making period underwear in 2002.

Since Aisle’s inception, they’ve had “rigorous practices” around how they source materials and test for chemicals, said Siemens. Although PFAS haven’t been detected in their products, she said she is wary of using marketing language like “PFAS-free.”

“When we heard about this issue back in 2019, and then it kind of blew up in 2020, we engaged scientists,” said Siemens. “What those scientists taught us was that you actually cannot say that your product is PFAS-free, so we’ve made a conscious decision to not use that phrase. What we do say is that our product has been tested to be clear of PFAS to a detectible limit and we disclose what that limit is and that way we’re not potentially being misleading.”

The Health & Environment Alliance along with the International Federation of Gynecologists and Obstetricians released a report to highlight the risks associated with PFAS. It called for a “global phase out” of PFAS, saying there was scientific evidence that exposure can “cause serious health impacts, among which kidney and liver damage, cancer, impaired fertility and immunity, and adverse pregnancy outcomes.” Scientists have recently discovered a link between PFAS exposure during early pregnancy, it said, and increased risk of miscarriage in the first trimester.

Period underwear, of course, is being used by young women and girls.

“It’s one of those things that if there were going to be problems, that would be the age group I’d be most worried about,” said Graham Peaslee, a physics professor at the University of Notre Dame. He co-authored a study that discovered PFAS in U.S. fast food wrappers in 2017.

The long-term risks of wearing period underwear containing PFAS are not entirely known because there haven’t been tests on chronic exposure to skin, especially where that skin is the thinnest, he said.

People are exposed to “all sorts of things” in their lifetime, he said, and while they should be aware, they shouldn’t “stop everything” they’re doing.

Sign up to receive the daily top stories from the National Post, a division of Postmedia Network Inc.

Thanks for signing up!

A welcome email is on its way. If you don’t see it, please check your junk folder.

The next issue of NP Posted will soon be in your inbox.

We encountered an issue signing you up. Please try again