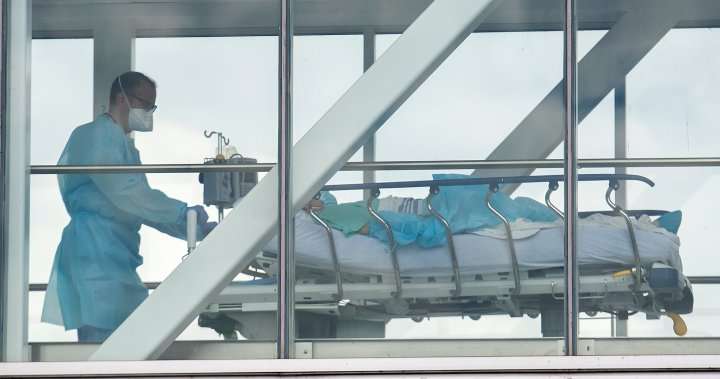 Quebec’s health minister says the “one call, one service” 811 hotline is now accessible across the province so parents of sick children can seek medical advice and hopefully avoid overcrowded emergency rooms.

“I think parents will appreciate being able to call 811, and if needed, get an appointment so their kids are seen more quickly,” Christian Dubé told reporters Wednesday.

Greater Montreal was the first area to have the pediatric service and Dubé says giving Quebecers the option to talk to a nurse on the phone has helped ease the pressure on overburdened emergency departments.

The health minister had set up an crisis management team as ER numbers swelled in the fall, especially in Montreal’s pediatric hospitals where respiratory viruses gained steam.

As part of the plan, the province will also open a total of five clinics led by nurse practitioners by the end of December, he added.

But even with those measures, Dubé urged Quebecers to exercise caution during Christmas-time gatherings so as to limit the spread of viruses like COVID-19, influenza and RSV. Health officials ask anyone who feels unwell to stay home.

“I want to remind people that the holidays will be difficult and it will be particularly difficult in our emergency rooms,” he said.

Dubé said he expects an uptick in hospitalizations following the holidays because there will be more socializing and events during the busy holiday season.