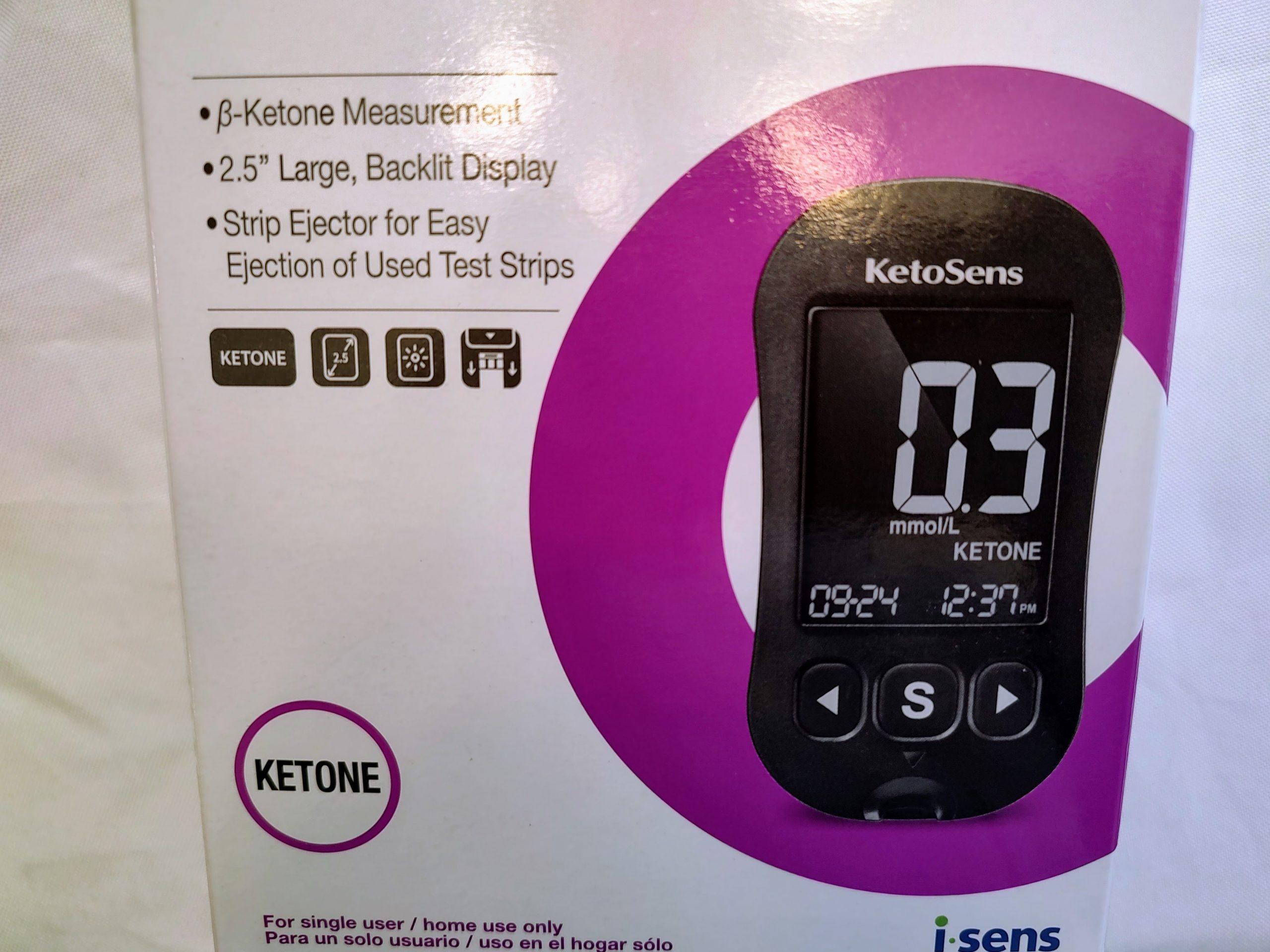 This website and blog does not provide medical advice, diagnosis or treatment. Read full disclaimer.

Ketones are a chemical that occurs when the liver breaks down fat for energy. If the ketones build up, a person can get very sick from a life threatening condition called Diabetic Ketoacidosis (DKA).

While it’s possible to have ketoacidosis with a normal blood glucose, DKA is much more likely when blood glucose is quite high. Being sick from an illness or infection may make DKA more likely, so this is really all about being prepared for a sick day.

DKA can happen if diabetes is not treated. The diabetes can come on suddenly and they get sick with DKA and that’s how they find out that they have Type 1 Diabetes. For LADA diabetes, like what I have, the diabetes onset is more gradual, so I didn’t get DKA. From what I’ve read, DKA is a really horrible condition, so it’s really good to try to catch it before onset. Sometimes people even die of DKA.

And that’s why I’m interested in owning a ketone meter. I want to know if my ketones are on the rise to catch the issue before DKA.

See the Joslin Diabetes Center’s page on Ketone Testing for more information about when to test.

You can test your ketones by testing urine or by testing blood. I have previously purchased some urine test strips, but thought a blood test would be much easier, and it is! The KetoSens Blood Ketone Meter works very similarly to a glucose meter, so if you know how to test your blood glucose, you’ll probably find this meter quite intuitive. It’s an FDA approved device and right now the starter kit is selling for about $40, which includes 10 test strips.

Not bad for something that could save your life!

I’ve read first hand accounts from people who had DKA when first being diagnosed with Type 1 Diabetes. “Almost dying” is often the typical description.

DKA can happen if a person is not getting enough insulin. It can also happen from being sick with other illness or infection. One precaution I’ve read is that if you are vomiting then you may get dehydrated which can lead to DKA.

Testing for ketone levels will give you information as to whether you are in danger of getting DKA.

Definitely talk to your doctor if you have high ketones. Insulin and fluids can help bring down ketone levels. If you are not able to keep fluids down due to vomiting, seek emergency medical treatment. In the hospital, they can give you intravenous fluids and insulin and treat the underlying illness.

Diabetic Ketoacidosis – Centers for Disease Control and Prevention (CDC) – Learn about signs and symptoms and treatment.