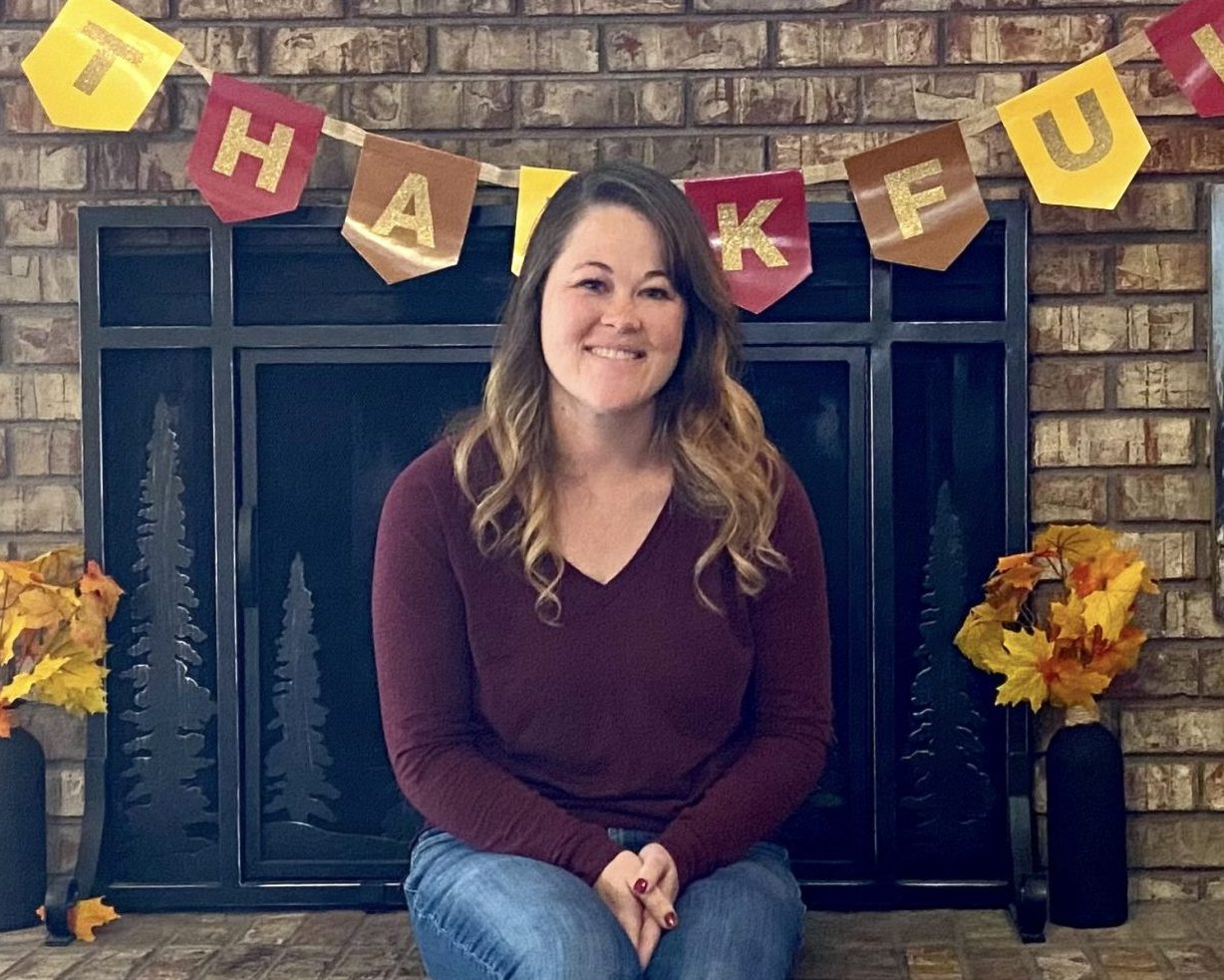 Pancreas transplants are safe and effective, and have been for decades, but they are only rarely recommended for patients with type 1 diabetes. For one thing, the side effects from the transplant and immunosuppressive regimen are usually considered more difficult than type 1 diabetes itself. Most pancreas transplants for people with diabetes are performed concurrently with kidney transplants, a situation where the patient will already require anti-rejection medication.

Amanda Ferguson is the rare patient with type 1 diabetes to have received a pancreas-only transplant. She was recommended for this very uncommon procedure primarily because she suffered from an extreme measure of hypoglycemic unawareness.

The procedure cured her diabetes instantly, and it may or may not have saved her life. But the surgery and anti-rejection medications bring their own intense side effects, and they’ve also exacerbated some of the complications she sustained from her years living with diabetes.

Amanda was gracious enough to speak to Diabetes Daily about her experience.

Tell us about your early life with diabetes.

I wore an insulin pump for years. It would kink, or the cartridge would stick, and I wouldn’t pay attention enough, and it would be too late. The puberty years, stress in high school – between me just not being on the ball with it, or being frustrated and giving up on it – it was really rough.

I think a big part of it was the lack of knowledge, and fear. My grandmother and uncle both died from diabetes. My uncle was 32, he had already gone blind and lost both of his legs. My grandmother was on the list for a kidney transplant, and she died before receiving it.

What advice did you get to help improve your diabetes management?

It was always “eat this exact amount of carbs.” For breakfast and dinner I needed to have 60 grams of carbs, and lunch was 45 grams. You know, give your insulin 15 minutes before you eat. I was always smaller, and if I didn’t want to eat it all, I’d go low. So, I’d eat what I wanted, and give my insulin afterwards.

My parents were divorced, and there were four of us kids, so going back and forth, it wasn’t a strict diet.

Knowing what you know now about diabetes management, could you have done things differently?

For my whole life I’ve been hearing “no, absolutely, don’t do low-carb.” But the effect this diet has on people, it can be life-saving!

I was just talking to my dad about it, and he just said, “it was so hard with four children. It was too hard to separate you.” If I had that option of eating low-carbohydrate, it would have been huge.

I eventually got my carb counting down to a tee, but it was just always a rollercoaster. I would have a couple of years where it finally balanced out, but my A1C’s, until I was 18-19, would go from 8% to 13%.

And I was using a lot of insulin. During my pregnancy, I was giving myself 96 units of my long-acting per day. And 22-26 units of Humalog for every meal, because I thought I had to have the carbs.

Did doctors tell you that you had brittle diabetes?

Lots of children and teens eat high-carb diets and have management difficulties, but few end up in the hospital 22 times.

Every doctor I’ve seen for 25 years has said, “I’ve never seen this before.”

Tell me about what led to your pancreas-only transplant.

One day, I was outside playing with my little boy, and I felt a little funny, but it wasn’t my usual low feeling. So I left him with my friends, I checked my blood sugar, and I was at 22 mg/dL. And I though, “no, my meter’s off,” so I checked five or six times. And this kept happening for months.

I couldn’t use a CGM for alerts. When I got pregnant, I became allergic to any adhesive, and still am. So the insulin pump, the CGM, I couldn’t use them anymore.

Finally, I went to Houston Methodist Hospital and met with an endocrinologist. She told me, “if we can go two weeks with no lows or highs, your body will reset and your hypoglycemia unawareness will improve.” But it just wouldn’t happen. I would get down as low as 18 mg/dL.

After all of that, my endocrinologist brought up the transplant. I had no idea that it was possible. I didn’t know that pancreas-only transplants were even a thing.

Yes. I live in Colorado now. Nobody here does them.

Why were you a good candidate for pancreas-only transplant?

When I met with the team, they said that I had to have two life-threatening conditions. That was the type 1, and the hypoglycemia unawareness. At age 29, when I first met with the team, everything else was perfect. The diabetes hadn’t done any other damage that they could see. I always went to all of my appointments, and I had no complications. My kidneys were great, my eyes were great.

I was perfectly healthy, except for this bad pancreas. So, I met with kidney specialists, endocrinologists, surgeons, and they finally said, “let’s go for it.”

[Note – the current ADA recommendations list the following criteria for pancreas-only transplants: “1) a history of frequent, acute, and severe metabolic complications (hypoglycemia, hyperglycemia, ketoacidosis) requiring medical attention; 2) clinical and emotional problems with exogenous insulin therapy that are so severe as to be incapacitating; and 3) consistent failure of insulin-based management to prevent acute complications.”]

How intense was the surgery and recovery?

The surgery was four and a half to five hours, and I came out in such pain, but surprisingly not abdominal pain. It took a while to figure out what the source was.

And at first, I would lean up and then pass out. They were finding with pancreas-only transplants that you would really suffer from low blood pressure. I couldn’t get out of bed for 3 days because I just kept passing out. And because this surgery is so unusual, they didn’t know exactly how I’d respond.

I also had an NG tube – up your nose, down your throat, into your stomach. I was super nauseated, and they did an x-ray and found that the tube was too far into my stomach, so they had to lift it out a little bit, and that was just awful.

After the transplant I was taking 26 pills every day, all with the NG tube down my throat. My biggest goal was just getting up and walking.

But you eventually recovered from the surgery. And your diabetes is now cured?

You can eat a box of donuts and you’re fine?

What do you think about that?

My favorite thing ever was a maple donut, so after I had gotten out of the hospital, I wanted a maple donut. But 20 years of having that awful feeling about eating sugary stuff … it took me probably two years to comfortably eat or enjoy food like that.

I still get really sensitive to high-carb and sugary foods. I will enjoy them now, more because it’s the freedom that I can, but I try not to.

And my digestive system has not been the same since transplant, because they completely rewire you. My new pancreas is down near my ovary, and both of them are still there.

So you have two pancreases?

The old one is still there! They said if the new one fails, they can connect to the old one.

And you’d have type 1 diabetes again.

And do you still have to be worried about your body rejecting the new pancreas?

I had to stay in Houston for a month after the surgery, and I went in every three days for bloodwork to make sure I wouldn’t reject. You have to stay masked, you can’t eat out – for the first year, there are so many restrictions because your body is so sensitive. I would go in all the time, and after that month, I would still do lab work regularly. Now it’s once a year, with a transplant team here in Denver.

Tell me about the immunosuppressive drugs you need to take.

Now I’m at 14 pills a day. They do have a lot of side effects. Nausea is a normal part of my life now. Swelling from prednisone, and because I’m on the steroid every day I have to see a special dermatologist because steroids make you prone to skin cancer. And then the anti-rejection medicine can cause type 2 diabetes. And cancer.

You must have really good health insurance.

Yes. Thankfully. Before my transplant, I had to meet with a financial advisor, because a lot of transplant patients reject their new organs because they can’t afford to keep up with it. I’m very blessed with the insurance I had. For all my meds I pay $120 every three months. Some patients will pay over $1,000.

And, despite the cure, I understand that you’re struggling with new diabetic complications?

I had my transplant in May of 2017, and in July I noticed a lot of vision changes. Like I said, for 20 years, everything was clear. And I went to a regular ophthalmologist, and he sent me to a retina specialist. The specialist immediately diagnosed me with stage 4 diabetic retinopathy, which is the worst stage.

I was very, very upset about this. At first, they thought it was a symptom of rejecting the new pancreas, but it turned out to be pancreatitis.

Is that the only diabetic complication you’re experiencing?

Can you make that better?

No. And the anti-rejection medications can make the kidneys worse.

My specialist is already talking to me about a kidney transplant in the future. My brother is a perfect match, and he’s agreed to do that. It’s been a big discussion.

Do you know what’s going to happen next?

No. They don’t know how long the new pancreas will live – they figure 10-12 years.

What I’m hoping for is that we can wait on the kidney transplant for quite a few years, and if the pancreas is at that point by then, hopefully we could do a two-in-one thing, instead of two separate transplants.

This may be an impossible question, but … looking back on your pancreas transplant, do you think it was the right decision?

I am very back and forth on if it was worth it. At first, I told my husband, “I’ll never do this again.”

But my kidney specialist, who is one of the best doctors I’ve ever had, I told him, “You know, I feel like my kidney disease and my eye disease are because of my transplant.” And he said, “It’s a possibility, but I would put money on it that you would not be here today if you didn’t have that transplant.”

My big push was that my son was five, and my first husband had passed away unexpectedly, so I was all he had. I thought, I can’t chance this anymore.

But I still go back and forth, especially when my eyes are really bad. I figure if I make it into my fifties, or hopefully older, as long as I can share my story and help someone, the transplant, the diseases, everything will be worth it.