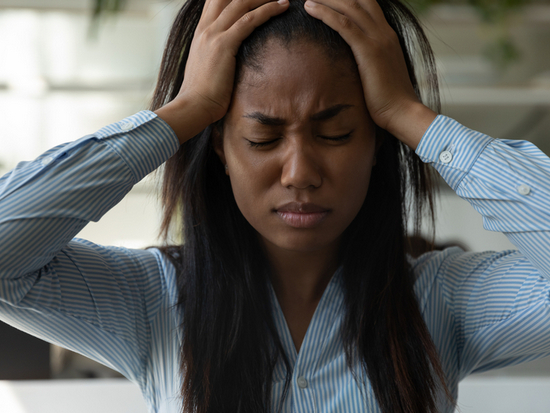 Going back to when it all began in 1972, I survived by doing everything I could to understand the cause of panic attacks. Having no clue how to get better, it was the only hope I had.

Doesn’t it make sense that it’s this survival-driven dynamic that so often generates the intense need to seek a caregiver for immediate assistance?

When an emotional, mental, or physical ailment is getting the best of you, does understanding its cause become a priority?

I don’t know, maybe it’s just me. But how can we effectively manage something if we don’t fully understand what that something is – including its cause.

And let’s keep in mind, an accurate call on cause drives the best treatment decisions.

The cause of panic attacks: Two credible psychological theories

As with any emotional/mental condition, panic attacks have biological and psychological causes.

We’re going to hang out on the psychological side of the fence. And the two theories we’ll check in with are psychoanalytic and cognitive.

The psychoanalysts would likely submit the generation of panic attacks goes back to infancy and childhood. No surprise there.

They would, however, acknowledge that panic attacks may also occur as a result of assorted cues in the present, such as the fear of having that panic attack in a situation where one recently occurred.

Relief of wishes and fears

The psychoanalysts consider both conscious and unconscious panic triggers as relief of intense early life wishes and fears.

So panic attacks, in large part, occur in response to cues associated with long past psychological and biological threats to one’s existence.

By the way, these cues are based in retained themes of intensely feared eventualities such as castration, separation, and parental disapproval.

“I can’t get serious about treatment until I believe in the cause.”

The cognitivists would likely submit that a panic attack is a manifestation of an intense feeling of helplessness in the face of intense danger.

The vicious cycle of panic is generated and sustained by combining the very real terror of vulnerability with one’s traditional distorted thought and feeling responses.

It’s all about survival

From a phylogenetic perspective, human genetic predisposition leans toward the anxious – for purposes of survival.

It naturally flows that these thought and feeling responses appear to be designed to produce the belief that out-of-control internal distress can lead to danger, even catastrophe.

Doesn’t it make sense that it’s this survival-driven dynamic that so often generates the intense need to seek a caregiver for immediate assistance?

I mean, at this point all bets on reason and logic are absolutely off as our primal instincts take over.

And then all sorts of physical symptoms arrive on the scene because our mind really believes we’re in imminent danger, and it’s getting us ready to fight the good fight.

And the snowball just rolls on down the hill.

Finally, the cognitivists would likely submit that though panic attacks are often thought of as spontaneous, some sort of event had to have tripped the trigger.

Who knows, the culprit may have been a sudden physiological change, say, feeling faint upon standing, sensing a rapid or palpitating heart beat, or detecting a shortened breath.

The thought is that events such as these, in the absence of reason, are interpreted as indicators of immediate physiological danger. And, boom, off to the races we go.

The cause of panic attacks: Comparing the theories

In my opinion, both the psychoanalytic and cognitive angles are credible. But for my money, a combination of the two provides the best explanation of psychological cause.

I mean, so okay, according to the cognitivists a physiological change, such as a shortened breath, may trip the panic trigger.

Well that’s great; however, I’d like to know what was going on unconsciously that led to the perception that the shortened breath was a signal of coming catastrophe.

By the way, biology may be at play here as well.

The cause of panic attacks: Treatment considerations

Okay, we reviewed our theories and compared them. But there’s one more item of business we need to handle.

At the beginning of the piece I said an accurate call on cause drives the best treatment decisions. As true as that is, there’s a bit of a catch.

Let’s say, after much research and thought, you decided the cause of your panic attacks fits with psychoanalytic theory. Naturally, you’ll want to work with a psychoanalyst.

However, you have to keep in mind that psychoanalysis can be a long, therefore costly journey.

Perhaps money’s no object. But if it is, and you’re counting on your health insurance, be sure to check in with them first.

See, your provider may not agree that psychoanalysis is a “medically necessary” service. And even if they let you start, they can pull the plug at any time.

So that’s the catch.

It’s our body – our life

Information and treatment options were on the lean side fifty years ago. So all we could do was learn as much as possible about cause and come up with our own treatments.

Things are different now, but gaining insight into the cause of what ails us remains crucial. After all, it’s our body – our life.