CDC: 1 in 15 boys, 1 in 50 girls carry firearms for non-recreational purposes 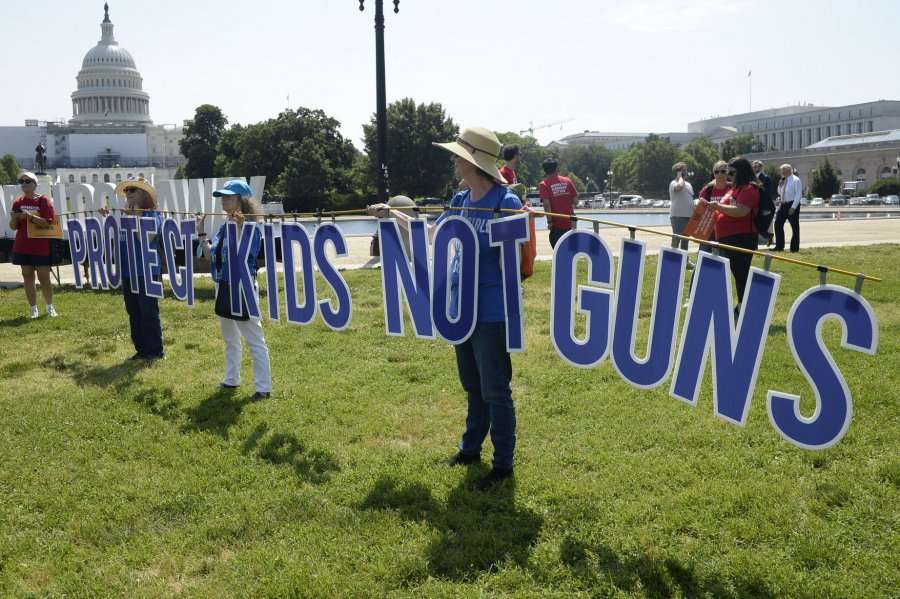 Protesters hold a sign that says “Protect Kids Not Guns” during a rally outside the U.S. Capitol in Washington in June. File Photo by Bonnie Cash/UPI | License Photo

July 28 (UPI) — At least 1 in 15 male and 1 in 50 female high-school students reported carrying a firearm for non-recreational purposes in a new study released Thursday by the Centers for Disease Control and Prevention.

The study, analyzing data from 2017 to 2019, says gun carrying was particularly rampant among teens 14 to 17 who already struggled with violence, suicidal ideation or attempts and substance use.

Firearms are the most common method of committing homicide or suicide, the second and third leading causes of death in this group, the CDC said.

Nearly half of all youth suicides and more than 9 in 10 youth homicides result from guns in the United States, according to the agency.

“For example, gun carrying among males and females was more prevalent among those who had been threatened or injured with a weapon on school property… than it was among those who had not,” Thomas Simon, associated science director at the CDC’s Division of Violence Prevention, wrote in the study.

The research asked hundreds of participants about their gun carrying other than for hunting or sport.

“Some studies have found that counseling and education with provision of safety devices can promote safer firearm storage behaviors in the home and that child access prevention laws are associated with reductions in risk for firearm suicide, unintentional firearm injuries, and gun carrying among children and youths,” Simon and his team wrote.

In July, a University of Pennsylvania study found parents were more likely to discuss gun safety with their children with a doctor present.

“Recent data indicating that youth firearm suicide has reached its highest rate in more than 20 years adds additional urgency,” Katelin Hoskins, a postdoctoral researcher at the Penn Center for Mental Health who led the research, said in a statement.

“Our findings add to a growing evidence base that a nonjudgmental, empathetic and collaborative approach to firearm storage counseling enhances acceptability and potential effectiveness for behavior change,” she said.