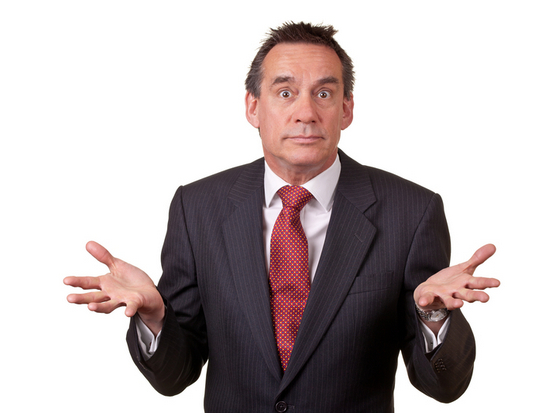 Antidepressants: always believed to be a go-to for treating anxiety disorders. New research says mindfulness-based stress reduction works just as well. I think we ought to talk about it, don’t you?

’It gave me the tools to spy on myself. Once you have awareness of an anxious reaction, then you can make a choice for how to deal with it.’

First a TCA, then a variety of SSRIs. I’ve been using antidepressants for anxiety disorders for 33 years.

But if that was my sole intervention, I’d have anxiety’d myself off the walls by now.

The results of a recent randomized clinical trial led by researchers at Georgetown University Medical Center caught my attention.

To the point, the Georgetown team found that a guided mindfulness-based stress reduction program was as effective as using the SSRI antidepressant escitalopram (Lexapro) in the treatment of anxiety disorders – generalized, social, panic, specific phobias.

The work appeared in JAMA Psychiatry on November the 9th of this year.

Our study provides evidence for clinicians, insurers and health care systems to recommend, include and provide reimbursement for mindfulness-based stress reduction as an effective treatment for anxiety disorders because mindfulness meditation currently is reimbursed by very few providers.

A big advantage of mindfulness meditation is that it doesn’t require a clinical degree to train someone to become a mindfulness facilitator. Additionally, sessions can be done outside of a medical setting, such as at a school or community center.

Let’s learn about it…

What is mindfulness-based stress reduction?

Mindfulness-based stress reduction (MBSR) is a therapeutic technique in which an instructor guides participants in weekly – typically one hour for eight weeks – practices like meditation and yoga in order to reduce stress levels.

It was founded in the 1970s by Dr. Jon Kabat-Zinn at the University of Massachusetts Medical School.

Kabat-Zinn developed it as an eight-week course to treat patients’ emotional and mental health, as well as chronic pain, when they hadn’t responded to traditional therapy.

The goal of MBSR is to bring people into the present moment so they can experience their thoughts and feelings non-judgmentally and avoid worrying about the past or future.

By the way, if you’d like to give it a go, make sure you connect with a qualified instructor. And if you’re using it to treat a physical ailment check in with your doc.

Back to the study…

“They say it’s just as good as an antidepressant. And it may even be fun.”

Between June 2018 and February 2020, the Georgetown team recruited 276 participants from three hospitals in Boston, New York City, and Washington, D.C.

They were randomly assigned to either the MBSR group or escitalopram.

The participants’ anxiety symptoms were assessed upon enrollment, completion of the intervention at eight weeks, and post-treatment at 12 and 24 weeks.

I’d like to have known the escitalopram dosage and how long it had been taken; however, the information wasn’t available.

When it was all said and done, 102 patients had completed MBSR and 106 had completed their medication course. Not all of the participants got through their program, largely due to the pandemic.

The team used a validated assessment measure to rate the severity of symptoms across all disorders using a scale of 1-7 (7 being most severe).

Both groups saw a reduction in their anxiety symptoms: 1.35 points for MBSR and 1.43 for the antidepressant group. That’s statistically equivalent.

The mean for both groups at enrollment was 4.5. So we’re looking at a significant drop in anxiety symptoms.

A 52-year-old female participant shared that she began practicing MBSR techniques 10 years ago and it’s transformed her life.

Interesting – she was selected for an MBSR study after responding to an advertisement asking, “Do you worry?”

Maybe you’ll connect with what she had to say…

I didn’t think of myself as anxious — I just thought my life was stressful because I had taken on too much. But I thought, ‘Yeah, I do worry.’ There was something excessive about the way I responded to my environment.

It gave me the tools to spy on myself. Once you have awareness of an anxious reaction, then you can make a choice for how to deal with it. It’s not like a magic cure, but it was a lifelong kind of training. Instead of my anxiety progressing, it went in the other direction, and I’m very grateful for that.

But you know what? Dr. Hoge emphasizes that in spite of the fact that MBSR works, not everyone is willing to devote the time and effort to make it happen.

More work to be done

Hit your app store and you’ll find all sorts of guided meditation apps. As convenient as they are, Hoge points out that the team doesn’t know how apps compare with the full in-person, weekly group class experience. That calls for some work.

Additionally, the team conducted a second phase of the study during the pandemic that involved moving the treatments to an online videoconference. They want to analyze its efficacy.

Finally, the team hopes to explore the effects of MBSR on sleep and depression.

There you have it. Mindfulness-based stress reduction is as effective as an SSRI antidepressant.

I’m not the least bit surprised. You?

So the question is will we give it a go? And keep in mind, it can be used as a primary or complementary treatment.

Take a look at the Georgetown University Medical Center piece: Mindfulness-Based Stress Reduction is as Effective as an Antidepressant Drug for Treating Anxiety Disorders

And check out Verywell Mind for much more on Mindfulness-based stress reduction.

Oh, don’t forget about those Chipur mood and anxiety info and inspiration articles.