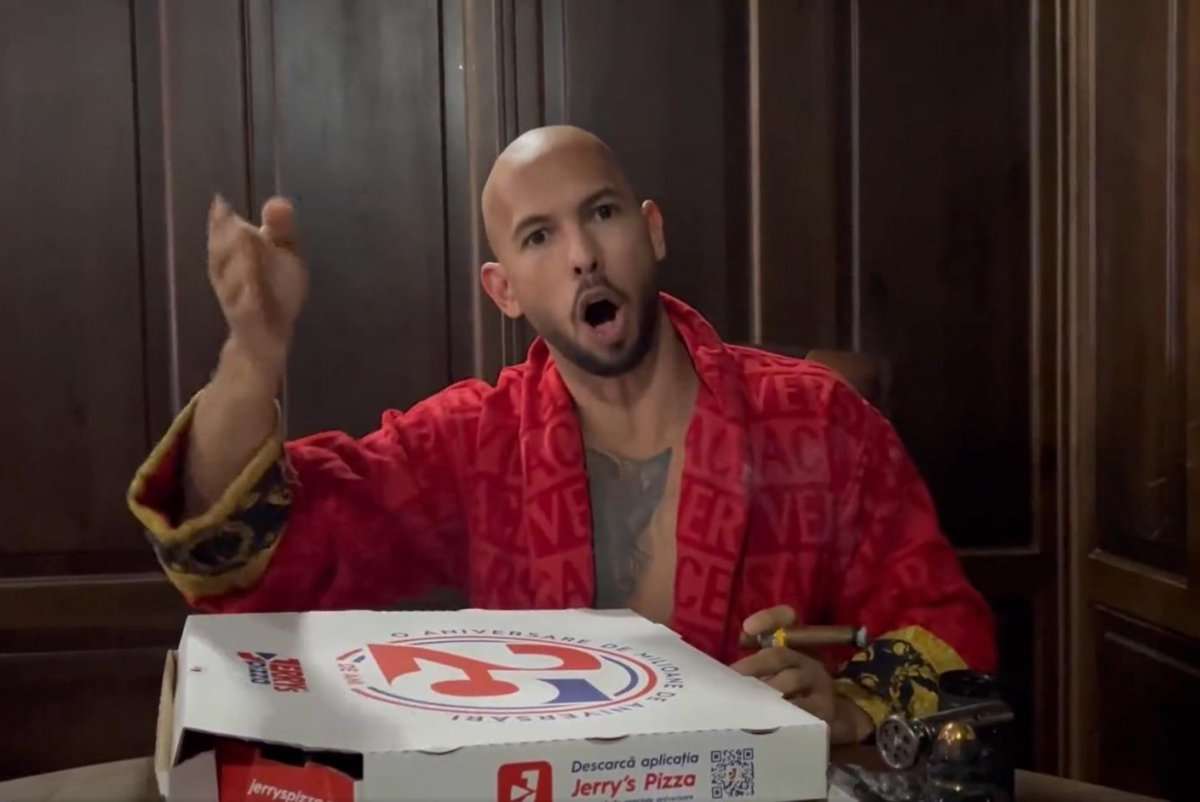 Andrew Tate, the controversial online influencer and former professional kickboxer known for his misogynistic views, has been arrested in Romania on allegations of human trafficking involving at least six women. Photo courtesy of Andrew Tate/Twitter

Dec. 29 (UPI) — Andrew Tate, the controversial online influencer and former professional kickboxer known for his misogynistic views, has been arrested in Romania on allegations of human trafficking involving at least six women.

Romania’s Directorate for Investigating Organized Crime and Terrorism announced in a news release Thursday that four suspects – including two British nationals and two Romanians – were arrested after police officers searched a home in the town of Voluntari.

Tate, and his brother Tristan Tate, were identified as the British nationals by the broadcaster România TV and the Romanian newspaper Libertatea.

The arrest was recorded by police and shared by Romania’s organized crime directorate and shows officers raiding the home. The footage also appeared to show weapons recovered by police, including a handgun, a sword and large knives.

Romanian officials said in the news release that the Tate brothers have been detained amid an investigation into organized crime, human trafficking and rape in Romania as well as other countries including the United States and Britain.

Andrew Tate and his brother were accused of “misrepresenting their intention to enter into marriage” and cohabitation relationships with alleged victims before transporting them to buildings in the Ilfov County of Romania.

Officials described the actions of the Tates as the “loverboy method” and said that their victims were “sexually exploited by members of the group” who forced them to perform “pornographic demonstrations” to share on social media.

“With regard to the crime of rape, it was noted that in March 2022, an injured person was forced on two different occasions by a suspect through the exercise of physical violence and psychological pressure to have sexual relations,” Romanian officials said in the news release.

The Tate brothers were allegedly questioned by Romanian authorities in April but later released, Libertatea reported.

Andrew Tate and his brother moved to Romania a few years ago after rising to prominence on the show Big Brother in 2016.He was suspended from social media platforms including TikTok, Facebook, Instagram and Twitch as well as Twitter for his sexist remarks about women.

Tate was recently reinstated to Twitter after the platform was purchased by controversial billionaire Elon Musk, but remains banned from other platforms.

Authorities in Romania were likely tipped that Tate was in the country after engaging in an online feud with teen activist Greta Thunberg.

Tate on Tuesday tweeted at Thunberg asking for her email address to send her a list of cars in his collection and their emissions to which she responded: “yes, please do enlighten me. email me at [email protected]

“In a reply to her response, Tate can be seen with boxes from a Romanian pizza restaurant.