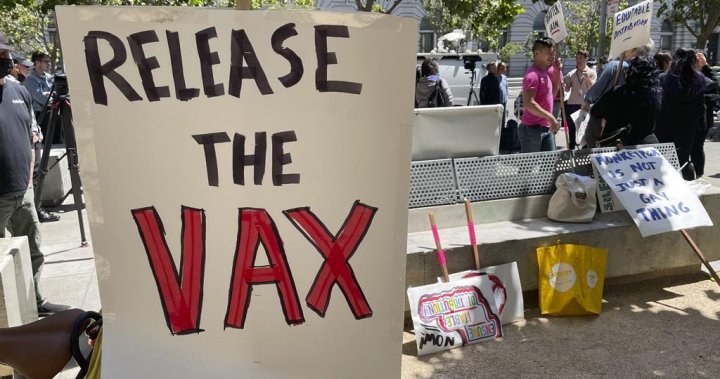 President Joe Biden has appointed two top federal officials to coordinate his administration’s response to monkeypox, the White House said on Tuesday, as more states declared emergencies to help boost vaccines and other resources to combat the virus.

The top officials from the Federal Emergency Management Agency (FEMA) and the Centers for Disease Control and Prevention (CDC) will coordinate the U.S. response across the federal government even as Biden’s administration has stopped short of declaring a national emergency.

The appointments come as the United States aims to bolster vaccination efforts to slow the spread of a monkeypox outbreak that has infected more than 5,800 Americans.

“Over the coming weeks… the administration will advance and accelerate the United States’ monkeypox response to mitigate the spread of the virus, protect individuals most at risk of contracting the virus, and care for those who have been afflicted with it,” the White House said in a statement.

The pair will coordinate Biden’s response “including equitably increasing the availability of tests, vaccinations and treatments,” the White House said. The administration has estimated it may need nearly $7 billion to combat the outbreak, according to the Washington Post.

Unlike when COVID-19 emerged, there are already vaccines and treatments available for monkeypox, which was first documented in Africa in the 1970s. Companies, however, must scale up production to meet rising demand.

The first U.S. case of monkeypox was confirmed in Massachusetts in May, followed by another case in California five days later.

Monkeypox: Canada’s top doctor urges those at risk to get vaccinated as cases climb

Monkeypox, which spreads through close physical contact, causes flu-like symptoms and pus-filled skin lesions, though it is rarely fatal. It also spreads less easily than the novel coronavirus.