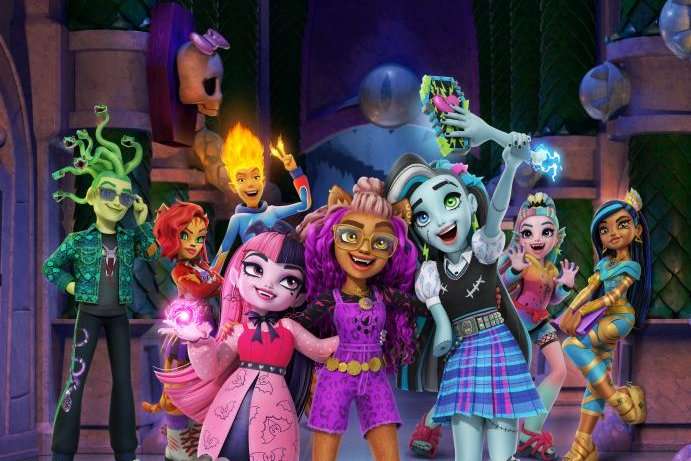 “Monster High,” an animated series based on the Mattel doll franchise, will return for a second season on Nickelodeon. Photo courtesy of Nickelodeon

Nov. 17 (UPI) — Monster High will return for a second season on Nickelodeon.

The network confirmed in a press release Thursday that it renewed the animated series for Season 2.

Monster High is based on the Mattel doll franchise. The series follows Clawdeen Wolf (Gabrielle Nevaeh Green), Frankie Stein (Iris Menas) and Draculaura (Courtney Lin) as they attend Monster High, a school for the children of famous monsters.

“Monster High is an iconic franchise that continues to connect with fans around the globe because of its creativity, relatable characters, and authenticity,” Nickelodeon SVP of big kids animation Claudia Spinelli said. “We can’t wait to continue to work alongside our partners at Mattel to bring even more animated stories to life surrounding the most-famous teen monsters around.”

News of the renewal follows Monster High‘s premiere Oct. 28 on Nickelodeon. The series has reached 1 million kids 2-11 and nearly 4 million total viewers across all telecasts to date on Nickelodeon, Nick at Nite, Nicktoons and TeenNick.

Season 2 will dive even deeper into character backgrounds and continue expanding on the theme of friendship.

Nickelodeon is also developing a sequel to the live-action film Monster High the Movie, which premiered in October.