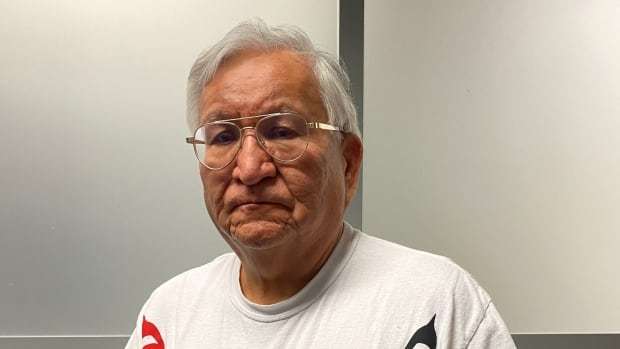 The Canadian government and lawyers for survivors have reached an agreement-in-principle to settle a class-action lawsuit over the operation of boarding homes for Indigenous students attending public schools between 1951 and 1992.

The federally run program saw an estimated 40,000 Indigenous youth placed in non-Indigenous boarding homes where they suffered cultural destruction and abuse, the parties said in a Tuesday news release.

The seven-page agreement was signed last month and lays the groundwork for the parties to reach a comprehensive final deal, which will have no cap on compensation and could see more than $2 billion paid out.

It also presents Ottawa with an opportunity to deliver justice to survivors of Canada’s assimilationist residential school-era policies who were left out of prior settlements, said lead plaintiff Reginald “Reg” Percival.

Percival, 67, a member of the Nisga’a Nation and an addictions support worker in Vancouver, said extreme racism and violence at boarding homes in British Columbia and Alberta left him with trauma he continues to grapple with. He was forcibly removed from his family and community when he was 13 years old.

“Probably almost all of us lived under the same kind of conditions that they had in the residential schools, which was a lot of abuse,” said Percival in an interview.

“The abuse was not only physical. It was sexual. It was mental. We had to deal with a lot of systemic racism. We were not allowed to contact family. We weren’t allowed to write letters or make phone calls.”

Percival said watching the Harper government’s 2008 apology for Canada’s residential schools brought back memories of boarding homes and encouraged him to seek justice.

Survivors banded together and filed their statement of claim in 2018. Percival said these last four years have been difficult and retraumatizing for many.

“Our healing journey I don’t think is going to start officially for many of us until that apology is there, and the compensation package is rolling,” he said.

“It’s been a tough journey for us. It’s not going to stop. The healing journey continues until our journey of life is over.”

‘A voice in the wilderness’

Percival was a “voice in the wilderness” until now, raising awareness about a program whose existence is not well known, said David Klein, managing partner of Klein Lawyers, the Toronto-based class counsel in the boarding homes and Sixties Scoop cases.

“The Sixties Scoop was a more pernicious program than boarding homes, but it’s only a matter of degree along the same continuum related to cultural genocide. It was a widespread program that is important for Canadians to know existed,” said Klein in an interview.

Klein said the negotiations were difficult and faced several challenges, number one being the question of class size. Lawyers now must hash out a final deal they hope to complete by the end of this year, he said.

The lawyers also must hire a claims administrator, inform potential claimants, explain the settlement to them, and file a motion in court seeking approval from a federal judge.

Unlike the Sixties Scoop settlement, which allocated a fixed pot of cash for compensation, the boarding homes deal will be uncapped, meaning everyone who is eligible will receive the compensation they’re due, the agreement says.

Claimants will receive a baseline payment of $10,000 if they were placed in a boarding home. They will then be eligible for anywhere between $10,000 and $200,000 in additional payments depending on the severity of abuse.

The deal will also create a foundation for healing, commemoration, language and culture to which Ottawa will pay $50 million.

“Based on the class size, the compensation grid, and our best guess as to where class members will fall within the grid, our estimated total value of the settlement in terms of compensation to class members is about $2.2 billion,” Klein said.

In a written statement, Crown-Indigenous Relations Minister Marc  Miller called the agreement-in-principle “a milestone” for thousands of Indigenous people who suffered abuse while living in a boarding home placement overseen by the federal government.

The boarding homes lawsuit is one of the few major remaining cases dealing with residential school era policy that Prime Minister Justin Trudeau’s Liberals have been trying to settle.

In January 2022, Ottawa announced a settlement with day scholars who attended residential schools during the day but returned home at night.

They often suffered similar abuses as their fellow pupils but were excluded from the 2006 residential school settlement agreement.

A scheduled trial in a related class-action lawsuit by more than 300 First Nations was abruptly adjourned in September after the plaintiffs and Canada agreed to negotiate an out-of-court settlement.

Those talks are ongoing.

Miller was not available for an interview on Tuesday

A national Indian Residential School Crisis Line is available to provide support for survivors and those affected. People can access emotional and crisis referral services by calling the 24-hour service at 1-866-925-4419.

Mental health counselling and crisis support is also available 24 hours a day, seven days a week through the Hope for Wellness hotline at 1-855-242-3310 or by online chat.