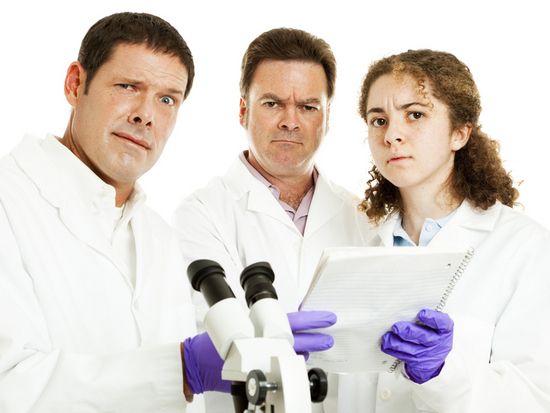 Antidepressants work. Antidepressants don’t work. Which is it? Let’s check-in with two academic psychiatrists who believe they do, even if scientists don’t know exactly why.

…psychiatrists have never explained clinical depression solely in terms of reduced serotonin or any specific neurotransmitter.

Here we are, smack-dab in the middle of the “Do antidepressants work?” donnybrook.

Two weeks ago I posted “Serotonin and Depression: Is there really a relationship?.” It’s a discussion of a recent University College London (UCL) news release entitled “No evidence that depression is caused by low serotonin levels, finds comprehensive review.”

That comprehensive review was conducted by a team of UCL researchers and was published in Molecular Psychiatry.

Not serotonin, not a chemical imbalance

The team’s bottom-line is summed up in the title of the release. And we can add their submission that depression isn’t likely caused by a chemical imbalance.

That’s right, so why bother with antidepressants?

I didn’t question the accuracy of the data used in the review. However, I sensed an “agenda-driven bias” and “unyielding bite” that made me uneasy.

For the record, two of the team members published a follow up article in which they more directly attacked antidepressants.

Up front, this is a long article. But it has to be, given the abundance of interesting and need-to-know information.

So get comfy, take breaks, read it over a couple of days, whatever – you don’t want to miss this.

Serotonin or not, antidepressants work

Seems I wasn’t the only one uncomfortable with the review.

The byline: “The latest claim that antidepressants don’t work: refuted.”

Dr. Pies and Dr. Dawson get right down to it…

In our view, the credulous, media-driven narrative generated by the review and the follow-up article amounts to well-worn rhetoric – and the review itself is little more than old wine in new bottles.

Furthermore, we find at least 7 serious problems with the review’s claims, each of which undermine the review’s thesis, as we will elaborate.

We’re going to dig in to those “serious problems.” I’ve had to do some some serious condensing and editing. The docs were on a mission.

7 serious problems with the review’s claims

Told you they were on a mission.

“Okay, I understand both sides. Now I can work on an informed decision.”

They go on to say that in response to the UCL review, several neuroscientists and researchers have pointed out that the role of serotonin in mood disorders isn’t settled science.

There may well be some role for it in some types of depression.

I don’t think I’ve met any serious scientists or psychiatrists who think that all [cases] of depression are caused by a simple chemical imbalance in serotonin. What remains possible is that for some people with certain types of depression…changes in the serotonin system may be contributing to their symptoms. The problem with the review is that…it has lumped together depression as if it is a single disorder, which from a biological perspective does not make any sense.

Pies and Dawson express their primary concern: the review doesn’t in any way impugn the overall safety and effectiveness of serotonergic antidepressants in the acute treatment of moderate-to-severe major depression.

That said, we believe antidepressant treatment should be undertaken conservatively, monitored closely, and regarded as only a single component of a comprehensive, biopsychosocial approach to depression, generally including talk therapy.

As such, patients should be educated regarding all three components of mood disorders: biological, psychological, and sociocultural.

Finally, the risk/benefit discussion concerning antidepressants (and other biological treatments in psychiatry) should be approached in the same way as the physician would approach any other serious medical intervention.

Dr. Pies and Dr. Dawson wrap up their article by referring to depression as a complex, heterogeneous disorder with biological, psychological, and sociocultural determinants and risk factors.

They go on to submit that few, if any, US psychopharmacologists and academic psychiatrists have ever endorsed a sweeping chemical imbalance theory of mood disorders.

Finally – and perhaps most importantly – Pies and Dawson hope that patients and clinicians are not deterred from the use of antidepressants by the review, or by the fact that SSRIs’ mechanism of action is complex and not completely understood.

Antidepressants work. Antidepressants don’t work. Which is it? Well, you’ve gotten a full dose of the “they do” side. Two weeks ago you got the “don’t.”

And now you can work on an informed decision.

Take the time to read “Serotonin or Not, Antidepressants Work” on Psychiatric Times. You’ll find lots of info and tables I couldn’t possibly include.

And be sure to read the “don’t” point of view, “Serotonin and Depression: Is there really a relationship?”