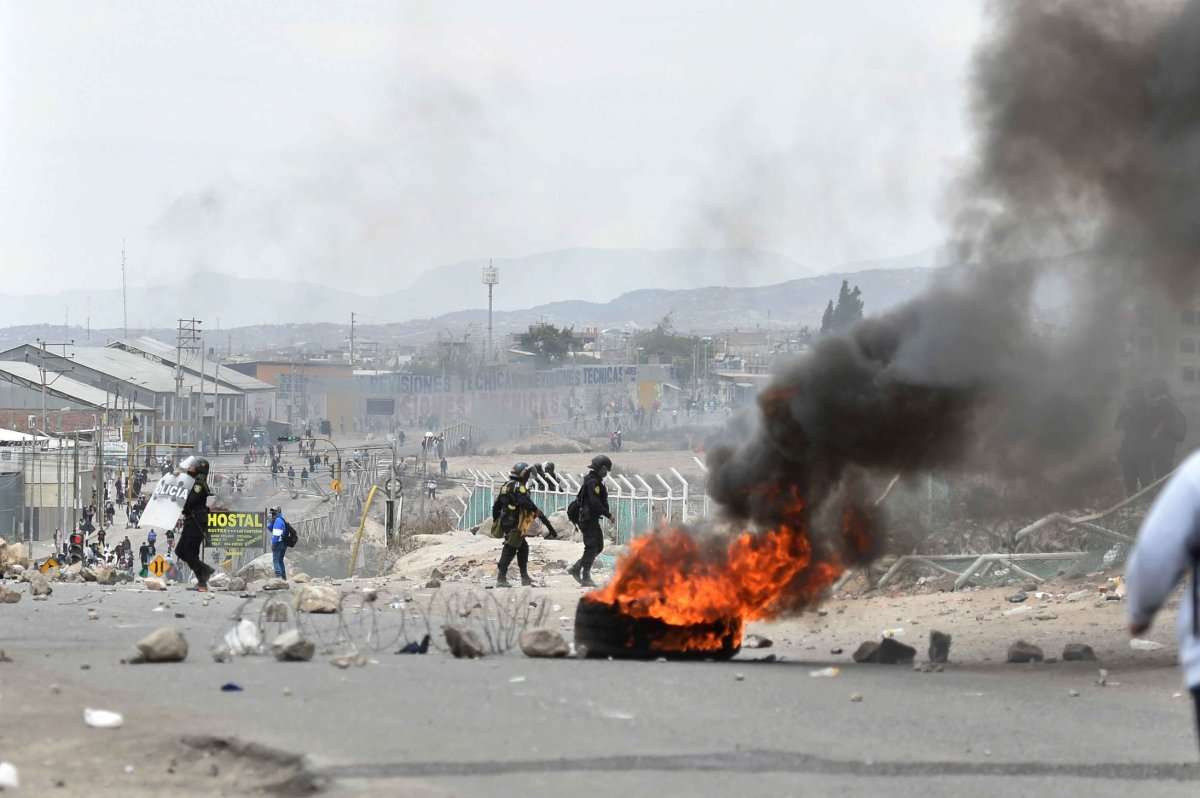 At least seven protesters — all teenagers — have died amid demonstrations against the ouster of former Peruvian President Pedro Castillo. Photo by Jose Sotomayor/EPA-EFE

Dec. 14 (UPI) — Peruvian protests over the sudden ouster of former President Pedro Castillo spread Tuesday as seven demonstrators — all teenagers — have died and at least 15 police officers were injured. Castillo denies the conspiracy and rebellion charges against him.

Castillo, who was impeached and arrested hours after he made a televised announcement that he was dissolving Peru’s congress just ahead of a scheduled impeachment vote, was in court Tuesday to appeal his 7-day detention order, which the judge denied.

“I have never committed the crime of conspiracy or rebellion,” Castillo, who maintains he is still president, said during the hearing.

The presidents of Mexico, Argentina, Columbia and Bolivia said in a joint statement said in part, that Castillo remains the rightful president of Peru.

“We urge those who make up the institutions to refrain from reversing the popular will expressed with free suffrage. We request that the authorities fully respect the human rights of President Pedro Castillo and that he be guaranteed judicial protection.”

Demonstrations continued to rage as protesters blockaded the Pan-American Highway south of Lima, forced flight cancelations at the Cusco airport and tried to reach the congress building in Lima’s downtown.

Peru’s airport was closed Monday after two were killed in the protests over Castillo’s impeachment and arrest.

Amnesty International on Monday called on Peruvian authorities to refrain from using excessive force in response to the protests.

“State repression against protesters is only deepening the crisis in Peru. The authorities must put an end to the excessive use of force against demonstrations and guarantee the right to peaceful protest, using the legal and proportional means necessary to restore citizen security,” Amnesty’s Americas Director Erika Guevara-Rosas said in a statement.

According to Amnesty, the National Association of Journalists of Peru has recorded 28 attacks on journalists while covering the protests. Many of them reportedly were committed by Castillo supporters.