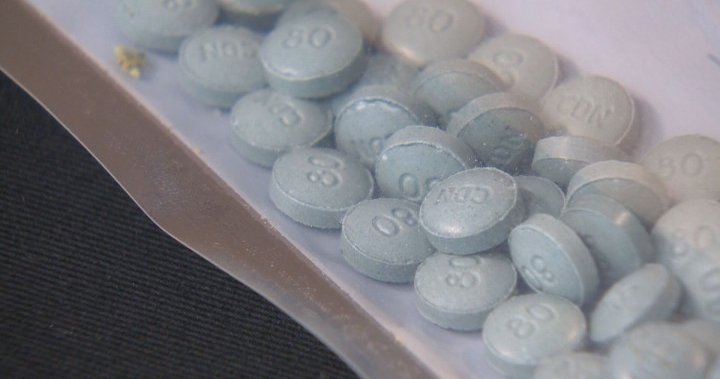 TORONTO — As Toronto waits to hear whether the federal government will grant its request to decriminalize the possession of illicit drugs for personal use, harm reduction advocates say approval is urgently needed as governments fail to match the gravity of the opioid crisis.

This week marks seven months since the city sent its decriminalization request to Ottawa, the same amount of time it took for the federal government to greenlight a similar request from British Columbia.

Health Canada says the application is being examined, noting that such requests are “carefully and thoroughly reviewed on a case-by-case basis.”

But harm reduction workers say a rise in opioid deaths has underscored the need for action.

“I see no urgency. I see complacency,” said Dan Werb, director at the Toronto-based Centre on Drug Policy Evaluation, which was contracted by the city to help work on the decriminalization request.

“We’re seven years into this epidemic of overdose driven by high-potency opioids. We have all the data we need at this point. And we’re looking at a government that is delaying responding, and also responding in ways that do not actually engage with the thing that is killing people.”

Toronto — which asked Health Canada for an exemption under the Controlled Drugs and Substances Act for personal drug use in the city — has seen a spike in overdose deaths during the pandemic. More than 1,000 people in the city died from overdoses in 2020 and 2021, almost double the number of reported deaths in the two previous years.

The city and advocates agree decriminalization alone is insufficient to address the opioid crisis.

Toronto laid out a decriminalization model in its application that envisions expanded access to social supports, including housing, as well as expanded safer supply programs to provide pharmaceutical-grade opioid alternatives to the street supply.

But Werb said that plank of the application remains “aspirational” without proper funding from the provincial and federal governments.

Toronto Public Health said it’s been in ongoing discussions with Health Canada since submitting the application on Jan. 4.

If granted, the exemption would decriminalize drug possession for personal use in Toronto. But what drugs and how much are still open questions, with advocates calling on the federal government to avoid what they call missteps made with British Columbia’s exemption.

Ottawa was widely criticized by harm reduction advocates after it set the threshold for personal possession at 2.5 grams under B.C.’s exemption, almost half what the province requested. The federal government said the decision was made based on police input.

Advocates say a low threshold could leave people with the highest opioid dependencies at continued threat of criminalization.

“It just smacks to me as an irrational fear, a kind of fear that, again, appears to be motivated by the concerns of law enforcement,” Werb said.

A summary of the city’s consultations with those who use drugs noted that a blanket threshold could overlook different tolerances and buying practices, such as people who share drugs or who purchase in larger quantities to get discounts.

And while B.C.’s exemption sets out a list of exempt drugs, Toronto is asking for the decriminalization of all drugs.

She notes opioids can be cut with drugs not on B.C.’s list, leaving open the possibility a person could be arrested if a drug sample comes back positive for a non-exempt substance.

“Relying primarily on this enforcement-based approach that we know has not worked for people, that we know has not worked as a society to address the harms from drug use, continues to be an issue in the way that we’re approaching decriminalization,” said Kolla, a Toronto-based research fellow at the Canadian Institute for Substance Use Research at the University of Victoria.

Toronto police said they could not speak to details of the exemption application. A spokesperson said the force supports a “made-in-Toronto alternative to criminalization.”

Toronto Public Health said if an exemption is granted, it anticipates “significant lead time for implementation planning similar to what was provided for B.C.” The B.C. exemption comes into force at the end of January, eight months after it was granted.

Vancouver submitted its own decriminalization request five months before B.C. made the provincewide request. Health Canada said that after the B.C. exemption was granted, Vancouver wrote to the agency asking for it to suspend consideration of the city’s proposal.

A notable difference between the B.C. and Toronto applications is the “painful silence” of the Ontario government, said Angela Robertson, executive director of Parkdale Queen West Community Health Centre, one of nine federally funded locations offering a safer supply program in Ontario.

“It’s unfortunate that we don’t have a provincial exemption on the table. But at this point, given the crisis, we take what we can get and we continue to push for more,” Robertson said.

Ontario’s Ministry of Health, in response to questions about its position on Toronto’s decriminalization application, highlighted some of its harm reduction programs and recent investments in addictions treatment.