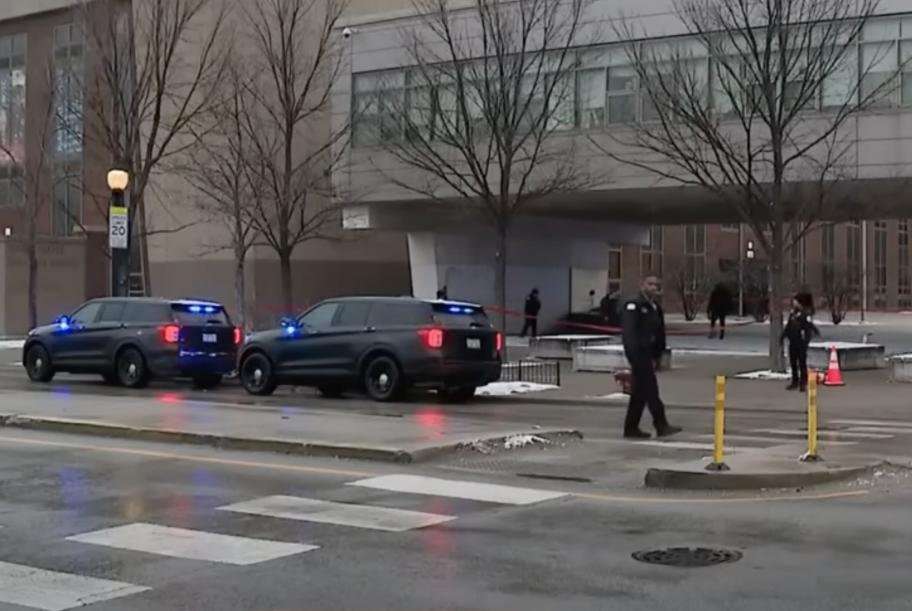 Police said two teens were killed Friday afternoon in a shooting outside a high school in Chicago. Photo from Fox32 Chicago

Dec. 16 (UPI) — Two kids were killed and two others were wounded in a shooting outside a high school on the West Side of Chicago on Friday.

The shooting happened around 2:30 p.m. outside Benito Juarez High School, just as classes were dismissed for the day, officials said, according to the Chicago Sun-Times.

One boy was dead on arrival at Stroger Hospital and another boy died after being brought there in “traumatic arrest,” officials said. Two other teens – a boy and a girl – were in less serious condition at the hospital, officials said.

Police were told a suspect in a black mask, black hoodie and black North Face jacket was seen running west on Cermak Road and north of Ashland Avenue.

Juarez went on lockdown after the shooting, but police gave an all-clear around 3:30 p.m.

As students were allowed to leave, several of the school’s social studies teachers waited outside, checking in with them.

“I don’t know how they’re doing,” said one of the teachers, who’s been teaching at the school for 8 years. “It sucks. You hear about shootings around the city but then it comes to where you are.”

The school held a community event earlier Friday with food and performances from the school’s dance and drum teams, with free hams handed out ahead of the Christmas holiday.