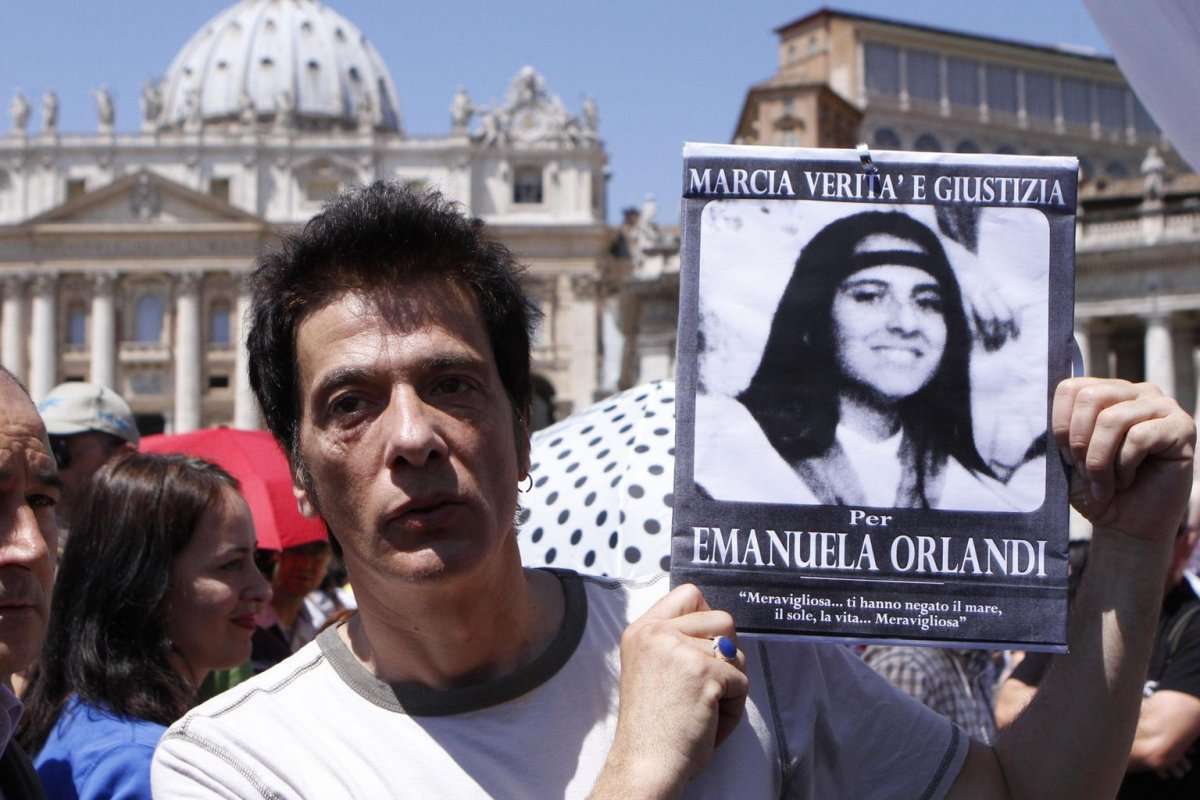 Pietro Orlandi, the brother of mysteriously missing Emanuela Orlandi, holds a photo of his sister in St. Peter’s Square, Vatican City, in June 2012, when he and supporters highlighted her disappearance. File Photo by Serena Cremaschi/EPA

Jan. 9 (UPI) — Investigators in Vatican City, the city-state that houses the Holy See of the Catholic Church, have reopened a cold case investigation into missing teen Emanuela Orlandi nearly 40 years after her disappearance.

Emanuela, the 15-year-old daughter of a Vatican employee, went missing in 1983 and the investigation into her disappearance was reopened Monday by Vatican Promoter of Justice Alessandro Diddi after several requests from her family, according to the Vatican-run news agency Vatican News.

Investigators with the Vatican Gendarmerie police force will reexamine evidence including documents and testimony, the Italian news agency Adnkronos reported.

The investigation will also look into the case of Mirella Gregori, another 15-year-old girl who went missing from Rome weeks before Emanuela.

Laura Sgrò, a lawyer for the Orlandi family, told the news agency that they have “certainly been waiting” for the investigation to be reopened.

Emanuela, who lived in a Vatican apartment, went missing while waiting for a bus on her way to a music lesson in Piazza di Sant’Apollinare in Rome.

Her family later received communications from someone who said they were holding the girl hostage in exchange for the release of Mehmet Ali Agca, who was serving a life sentence in prison for shooting Pope John Paul II in 1981.

The case went cold and was eventually closed but a Vatican court ordered two tombs be reopened after the Orlandi family received a tip about the location of her remains. No remains were found and the case went cold again.

“Last summer, I received an envelope,” Sgrò told NBC News at the time. “I opened it and there was a picture of the statue of an angel in the Teutonic Cemetery inside the Vatican. And a letter that simply said, ‘If you want to find Emanuela, search where the angel looks.'”

In the years since her disappearance, several conspiracy theories have claimed that Emanuela was taken as a sex slave by members of the church or held hostage by the mafia who lost money in the Vatican Bank.

The case was reopened just months after the release of the Netflix documentary Vatican Girl, which focused on her disappearance.

The documentary suggested that the Vatican may have withheld information about her fate as Georg Gänswein, the personal secretary of the late Pope Benedict, said he would address the case in a book due to be published Thursday that has already been considered controversial.