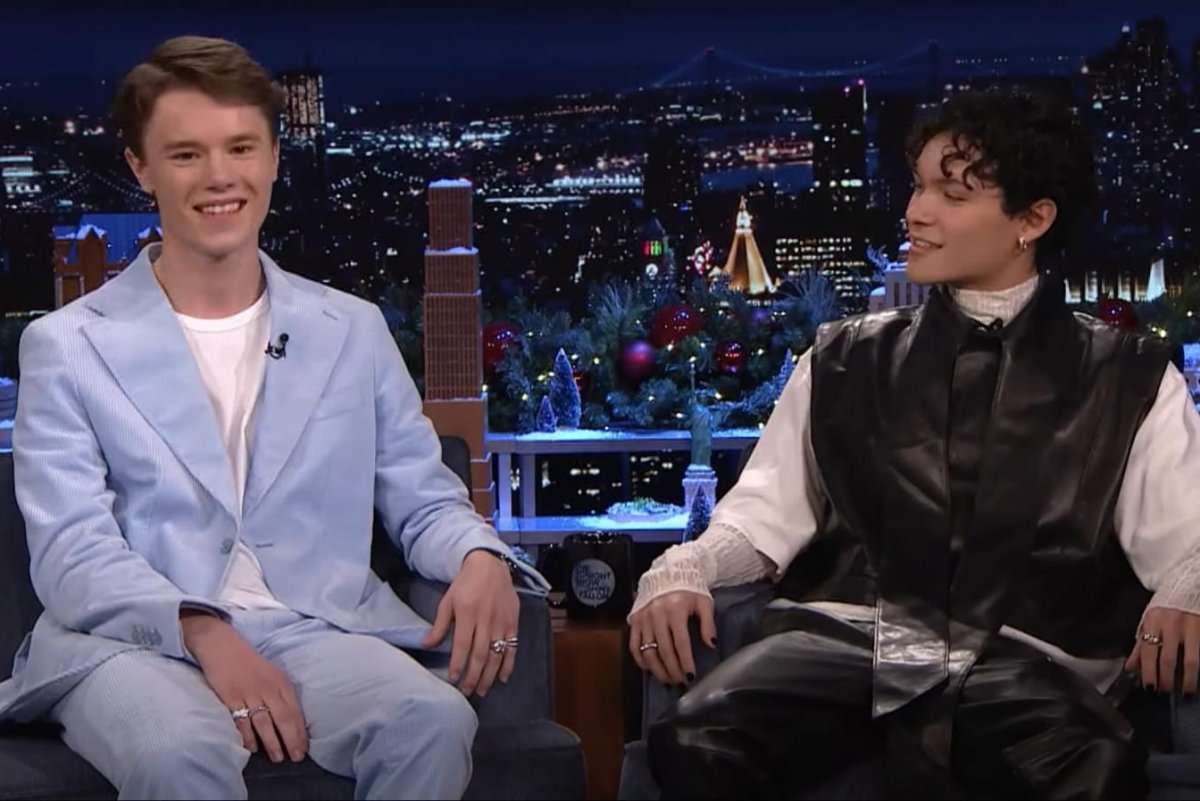 Young Royals follows the romance between the fictional Prince Wilhelm of Sweden (Ryding) and his classmate Simon (Rudberg). The series was renewed for a third and final season this week.

On The Tonight Show, Ryding and Rudberg said Season 3 will bring Wilhelm and Simon’s story to a close.

“Well, I mean, it’s still very early. The script is still being written. But we know that it’s going to be the final season, which is kind of — it’s bittersweet,” Ryding said. “But we’re looking forward for this chapter to close, and what’s going to happen with Simon and Wilhelm.”

Young Royals originally premiered on Netflix in July 2021 and returned for a second season in November. Rudberg was asked on The Tonight Show if he expected the show to become a success.

“I mean, we kind of saw that coming, I would say,” he said to laughs. “Because I really love the storyline. And I fell in love with the script when I first read it.”