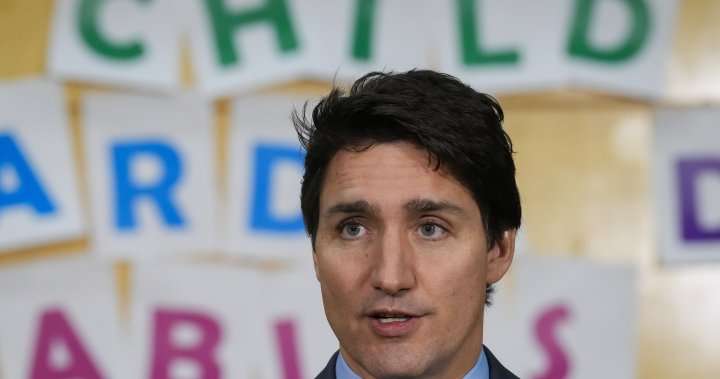 Prime Minister Justin Trudeau says he is “extremely worried” about the realities facing children and families across Canada as high levels of respiratory illness among kids continue to swamp pediatric hospitals across the country.

The situation is so dire in parts of Ontario that the Red Cross is coming to the aid of the Children’s Hospital of Eastern Ontario (CHEO), which had to open a second intensive care unit last month to treat what it called an unprecedented number of critically ill babies and children.

“As a father, but also as a leader, I’m extremely worried about what Canadian kids are facing right now — families really worried about whether or not they’re going to be able to get their kids to hospitals, not just at CHEO in Ottawa but right across the country,” Trudeau told reporters during an event in Ingersoll, Ont., Monday.

At the national level, influenza activity has continued to increase steeply after having been declared an epidemic by Health Canada in mid-November.

Children and teens are being hit particularly hard by the early onset of the flu over the last few weeks.

The IMPACT network of 12 pediatric hospitals in Canada continues to report elevated levels of flu-associated hospitalizations among children aged 16 years and younger.

For the week ending Nov. 26, 223 influenza-associated hospitalizations were reported in these hospitals — a number that is “above levels typically seen at the peak of the influenza season,” which is usually in January or February, according to the latest available FluWatch report.

This is in addition to viral outbreaks of respiratory syncytial virus (RSV) among children and babies across Canada and ongoing transmission of COVID-19.

When asked whether Ottawa would be willing to reintroduce federal mask mandates to slow the spread of these respiratory illnesses, notably RSV, which does not have a vaccine, Trudeau said only that he would continue heeding the advice of experts.

“When it comes to looking at the challenges faced by respiratory illnesses, or perhaps a resurgence of the pandemic, we’re going to make sure we’re listening to the best advice from experts and public health authorities to make sure we’re doing whatever is necessary to keep Canadians safe.”

Trudeau also encouraged all Canadians to ensure they are up to date with their COVID-19 vaccines and boosters and ensure they get a flu shot this year.

The most dominant strain circulating in Canada this year is included in this year’s flu vaccine, which experts say is positive. However, the H3N2 strains tend to cause more severe infections, Matthew Miller, director of the Michael G. DeGroote Institute for Infectious Disease Research at McMaster University, told Global News last month.

Flu shot: What we know about this year’s vaccine and ‘virulent’ dominant strain

Ontario Premier Doug Ford said he has been in “constant communication” with health-care officials about the pressures facing emergency departments, particularly at pediatric hospitals.

But Ford, too, sidestepped a question about whether his government would bring in mask mandates, and instead pointed to investments his government has made to add more capacity to the health system.

“We’re throwing everything we can at the health-care system, including investing over $40 billion in 50 sites across Ontario,” Ford said.

Ford added that the province’s chief medical officer, Dr. Kieran Moore, has advised him that while there may be a spike in pediatric illness in Ottawa at CHEO, cases in Toronto are “levelling off.”

Meanwhile, children’s hospitals across the country continue to report significant strains due to patient surges due to respiratory illness.

In Calgary, Alberta Health Services said it’s discharging all children from the Rotary Flames House in Calgary, which helps dying children and their families and is pausing admissions to the house due to a surge in children with the flu, RSV and COVID-19.

Children’s hospitals in Calgary and Edmonton have been at or above 100 per cent capacity since last week, while some routine surgeries and appointments at a children’s hospital in St. John’s, N.L., are being cancelled next due to the surge in illnesses and admissions.