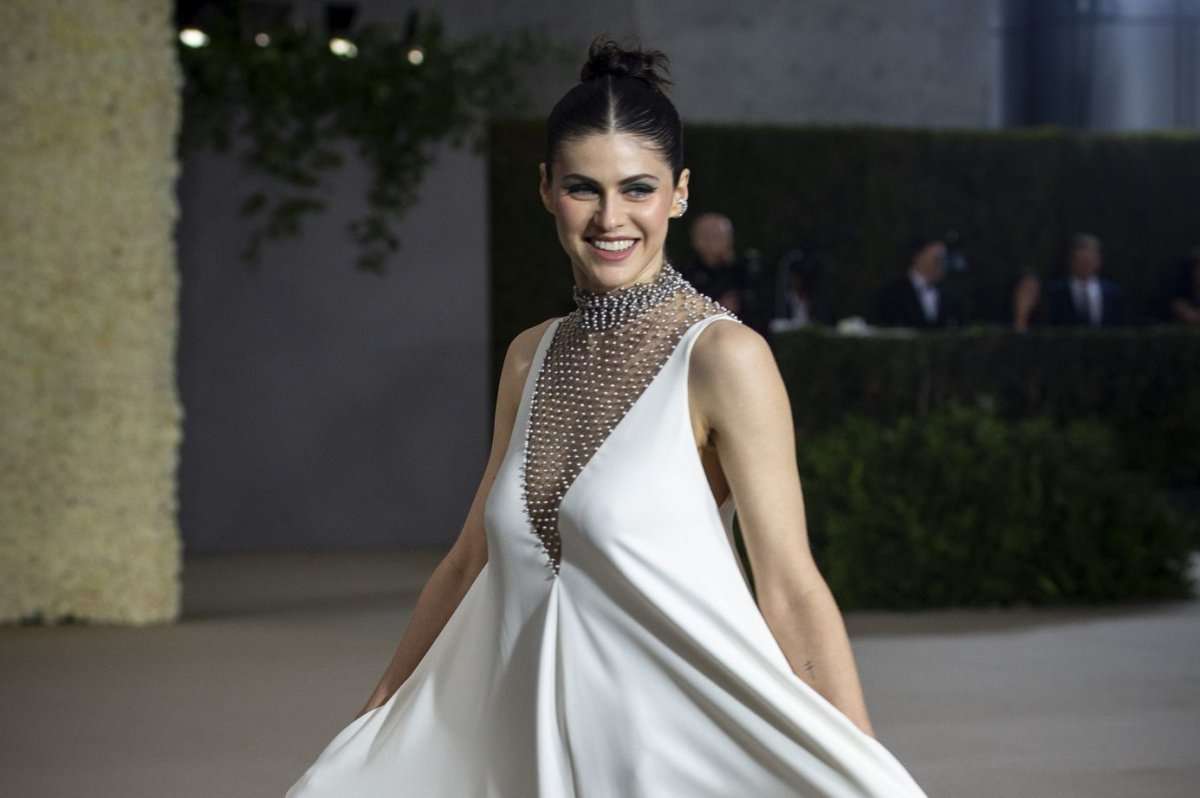 Dec. 20 (UPI) — Lives of the Mayfair Witches, Wolf Pack, Lockwood & Co. and other books are being adapted for film and television this winter.

New adaptations will open in theaters and debut on streaming services in December, January, February and March.

Some big-name stars are attached to movies and TV series based on books. Here’s a rundown:

‘The Boy, the Mole, the Fox and the Horse’

The 2019 illustrated book by Charlie Mackesy follows the unlikely friendship between a boy, a mole, a fox and a horse, who share truths about life as they search for the boy’s home.

Apple TV+ released a trailer for The Boy, the Mole, the Fox and the Horse in December. The short film premieres Dec. 25 on Apple TV and on the BBC in the United Kingdom.

The 1985 postmodern novel by Don DeLillo follows fictional professor Jack Gladney and his family as they navigate the fallout of an “airborne toxic event.” The characters deal with the mundane conflicts of everyday life while grappling with universal mysteries of love and death in an uncertain world.

Netflix is adapting the book as a new film starring Adam Driver, Greta Gerwig, Don Cheadle and Jodie Turner-Smith. The movie is written and directed by Noah Baumbach (The Squid and the Whale).

The 2012 novel by Swedish author Fredrik Backman follows Ove, a depressed widower who forms an unlikely bond with his young neighbors and their two children.

The book was adapted as a 2015 Swedish film of the same name directed by Hannes Holm and is now being remade as the English-language movie A Man Called Otto, written by David Magee and directed by Marc Forster.

Tom Hanks stars in the remake, along with Mariana Treviño, Rachel Keller and Manuel Garcia-Rulfo.

Sony Pictures released a trailer for A Man Called Otto in October. The film opens in theaters Dec. 30.

‘Lives of the Mayfair Witches’

The supernatural horror-fantasy book series by Anne Rice consists of three novels: The Witching Hour (1990), Lasher (1993) and Taltos (1994). The series follows Rowan Mayfair, a neurosurgeon who learns she is the heir to a family of powerful witches haunted by a mysterious demon.

AMC shared a trailer for Mayfair Witches in October. The series premieres Jan. 5, on AMC and AMC+.

The 2003 thriller novel by Louis Bayard is inspired by the works of Edgar Allan Poe. The story follows Augustus Landor, a detective who teams up with a young, fictional version of Poe to investigate a gruesome murder at West Point Academy in 1830.

Netflix released a trailer for The Pale Blue Eye in December. The film starts streaming Jan. 6.

The 2004 supernatural-fantasy novel by Edo van Belkom follows a park ranger who discovers a mysterious pack of wolf cubs after a devastating forest fire.

Paramount+ is adapting the book as a new series centering on a teenage boy and girl whose lives are changed forever when a California wildfire awakens a terrifying supernatural creature.

The young adult supernatural thriller series by Jonathan Stroud consists of five novels, the first of which, The Screaming Staircase, was published in 2013. The series follows Lucy, Anthony and George, three young people who operate a psychic detection agency in London.

Netflix is adapting the series as a new show starring Ruby Stokes, Cameron Chapman and Ali Hadji-Heshmati. The adaptation is written and directed by Joe Cornish (Attack the Block).

‘The Cabin at the End of the World’

The 2018 horror novel by Paul Tremblay follows Andrew and Eric, a couple vacationing with their daughter Wen at a secluded cabin. The family is taken hostage by a group of people who believe in an impending apocalypse.

The book is being adapted as the new film Knock at the Cabin, written by M. Night Shyamalan, Steve Desmond and Michael Sherman, and directed by Shyamalan. David Bautista, Jonathan Groff, Ben Aldridge and Rupert Grint star.

Universal Pictures released a trailer for Knock at the Cabin in November. The film opens in theaters Feb. 3.

The 2014 neo-noir novel by John Banville (under the pen name Benjamin Black) features Philip Marlowe, a character created by Raymond Chandler. The story follows Marlowe, a private detective hired to find the former lover of a glamorous heiress in the 1950s.

The 2019 novel by Taylor Jenkins Reid follows the rise and split of the fictional rock band Daisy Jones & the Six in the 1970s. The story centers on Daisy Jones, an aspiring singer, and Billy Dunne, the frontman of the band The Six.

Amazon is adapting the book as a new series starring Riley Keough, Sam Claflin, Camila Morrone and Suki Waterhouse. The show is created by Scott Neustadter and Michael H. Weber.

Prime Video shared a teaser for Daisy Jones & the Six in December. The series premieres March 3.